A major problem in Lebanon is the lack of numbers to back up people’s claims. Everyone thinks they share the same opinion as the majority, but if everyone claims that, then that’s definitely not the case. Add to that pollsters and statistics that are often steeped in doubt, and you get a huge vacuum on numbers when it comes to people’s positions on different issues.

MySay is an app for Androud and iOS launched last week that allows you to ask questions, and poll users’ answers anonymously. Being only weeks away from Lebanon’s first parliamentary elections in almost a decade, means this app might be a valuable tool in gauging the chances of various candidates, as well as voters’ stances on major hot-button topics.

Of course, the app allows you to ask any question you want, not just elections-related topics. I flipped through some of the questions real quick, and was disappointed that 75% of people polled said they haven’t even seen the Last Jedi yet. There are other worrying results, like 42% of men in Lebanon admitting they have cheated on their spouse, or 53% of Lebanese who believe forcing Syrian students to sign a pledge not to marry or fall in love with Lebanese women is justified. 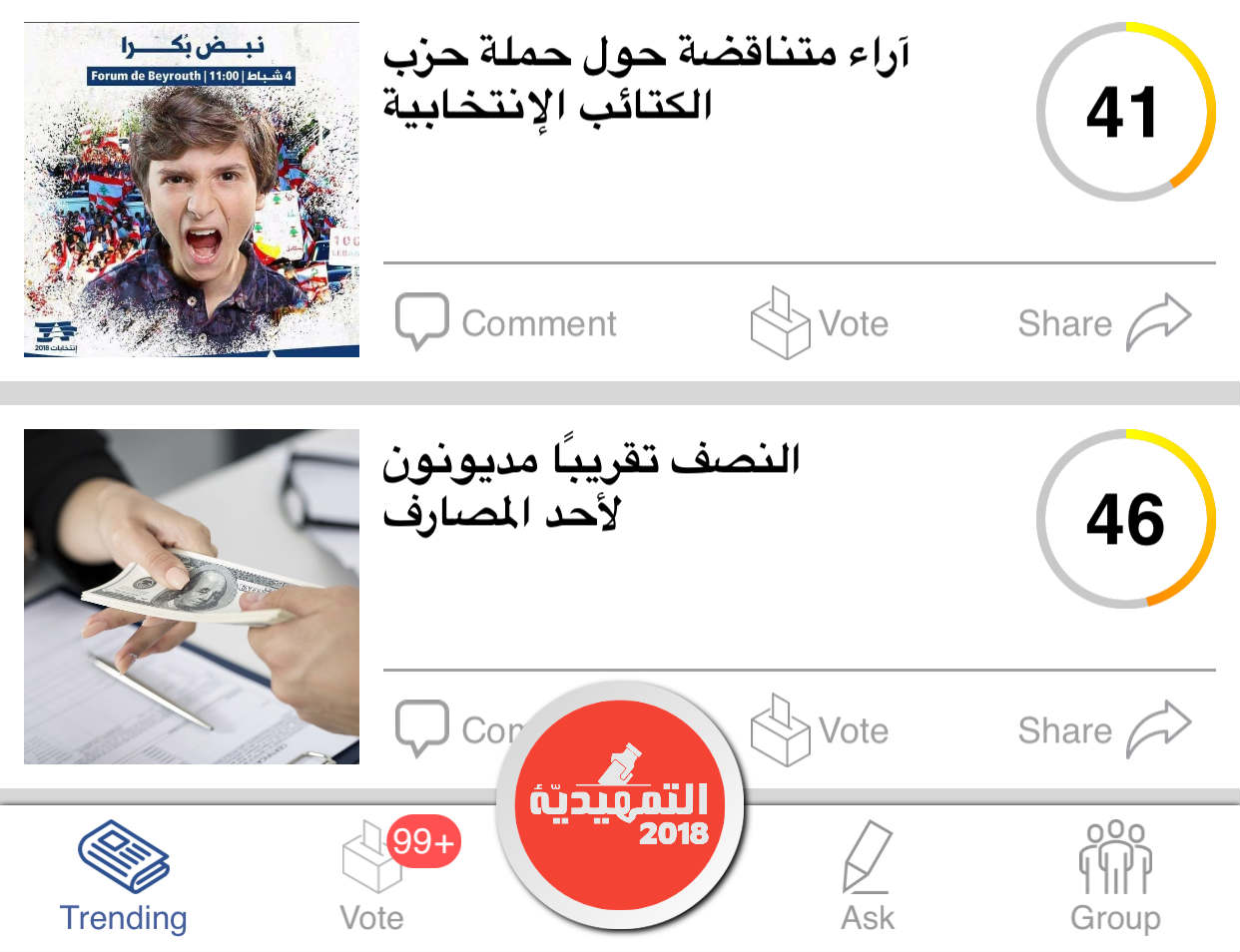 If you’re into elections, MySay App just released a special section for that on the app that’s clearly visible in red at the bottom. You will be able to check out the candidates and parties in your electoral district and vote for your favorite ones.

I think MySay has a great potential especially if it manages to attract a larger number of active users. It’s been a week now and I see there are over 1000

You can download the app for your Android [here], and iPhone [here].