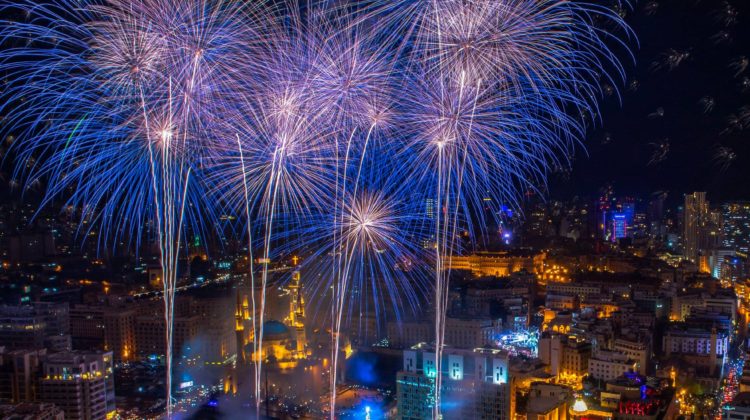 This year’s NYE celebrations in Beirut were even more spectacular than last year. Thousands filled Nejmeh Square to welcome the new year and were greeted by a great light show and fireworks. We even made it to National Geographic’s top 10 NYE celebrations list.

Here’s what they said:

Each New Year brings a promise of peace in the capital of formerly war-torn Lebanon. Thousands gather to watch the light show on the city’s 1933 art deco clock tower in Nejmeh Square, the heart of central Beirut. At midnight, couples kiss and fireworks burst, shining over a mix of floodlit church steeples and mosque minarets in this eclectic Levantine metropolis.

Some may argue that there’s no reason to celebrate and plan such grandiose events in times where the whole country is struggling financially. To be honest, I agree but I think we’ve reached a point where I’d rather see this money spent on events people could take part in rather than not see any of it. We want Nejmeh square to be alive all year long, not just on NYE but that’s never going to happen with the way things are being handled right now, whether it’s the municipality, the government, the parliament or the Tourism Minister.

PS: All pictures are taken from Nabil Ismail & Its. Events pages. 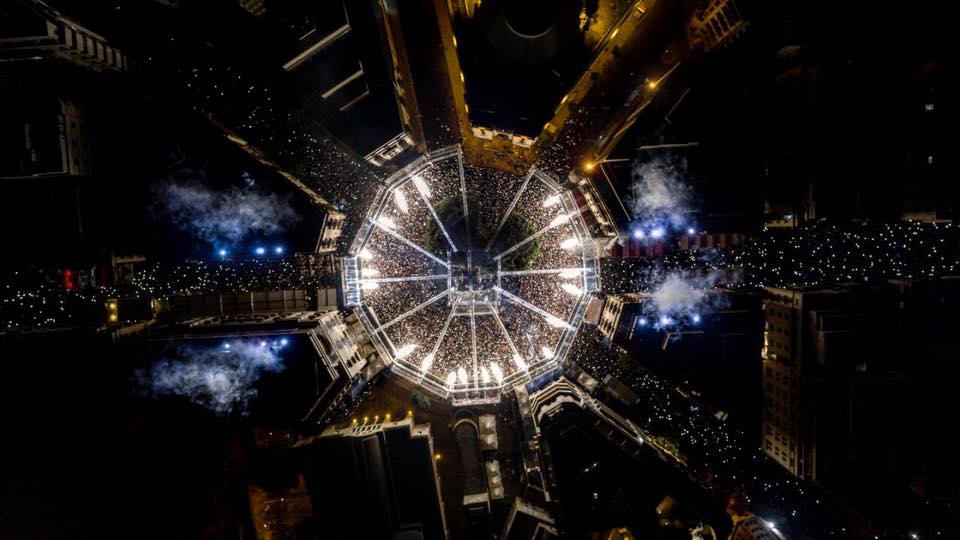 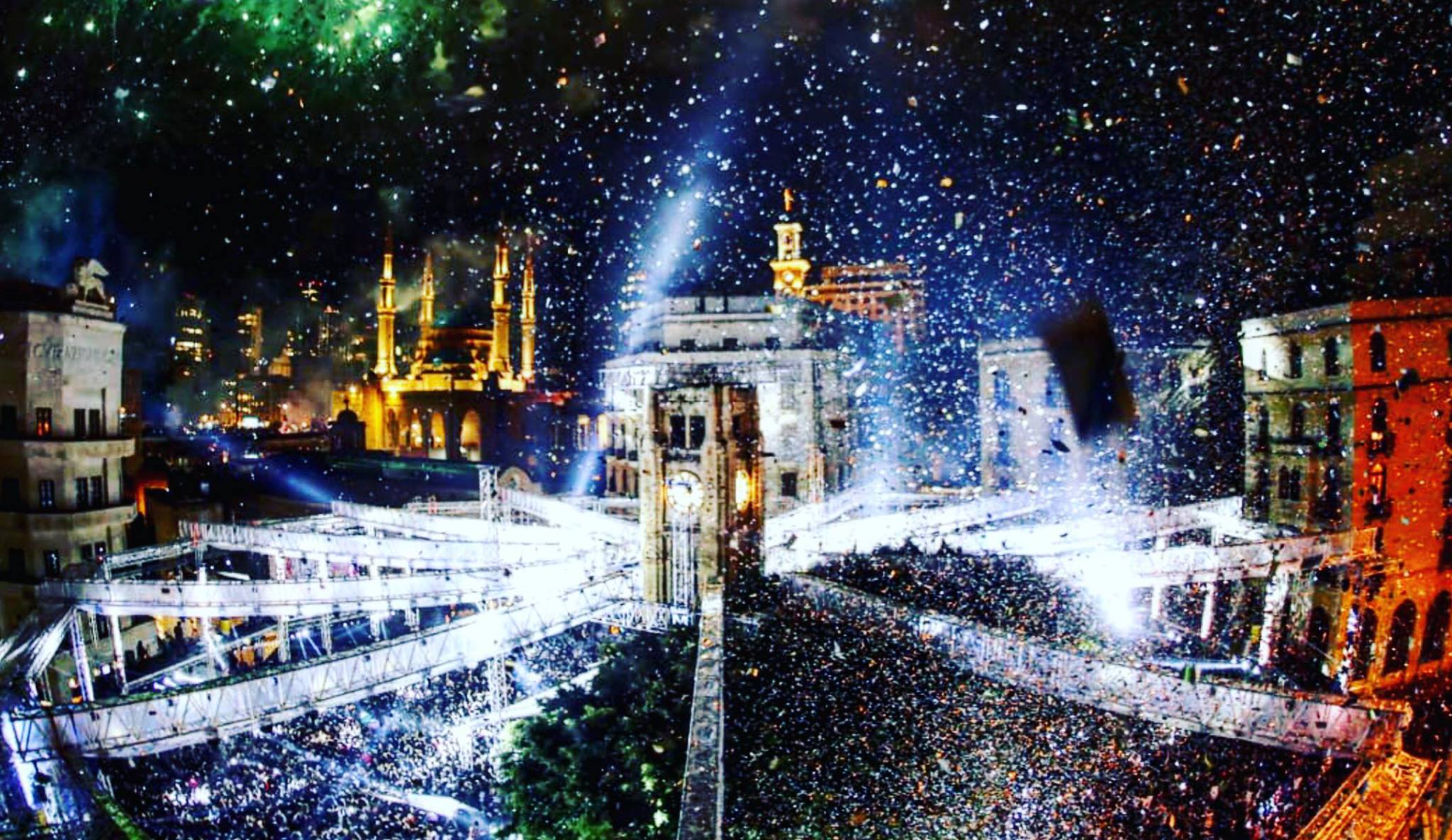 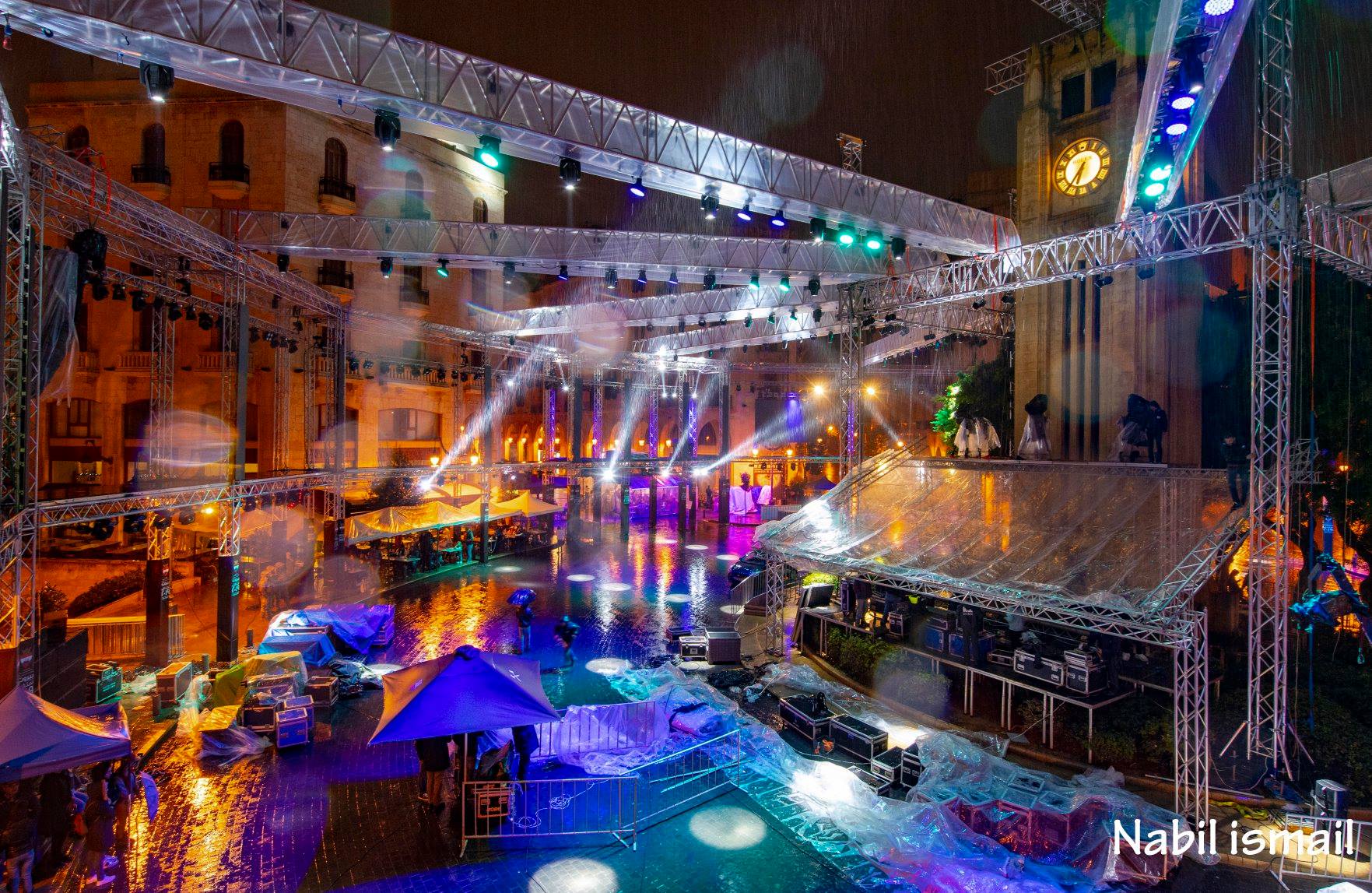 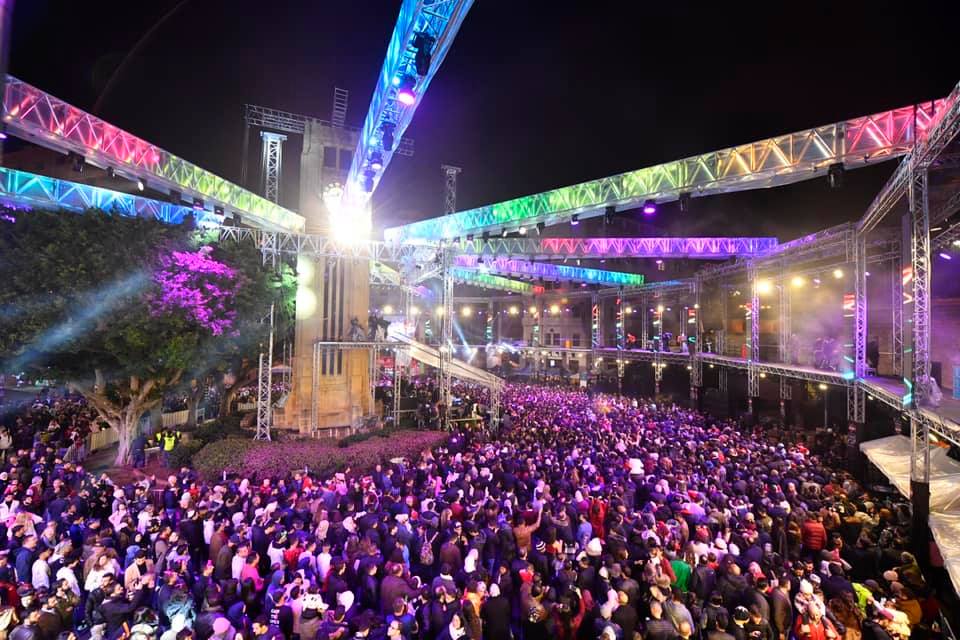 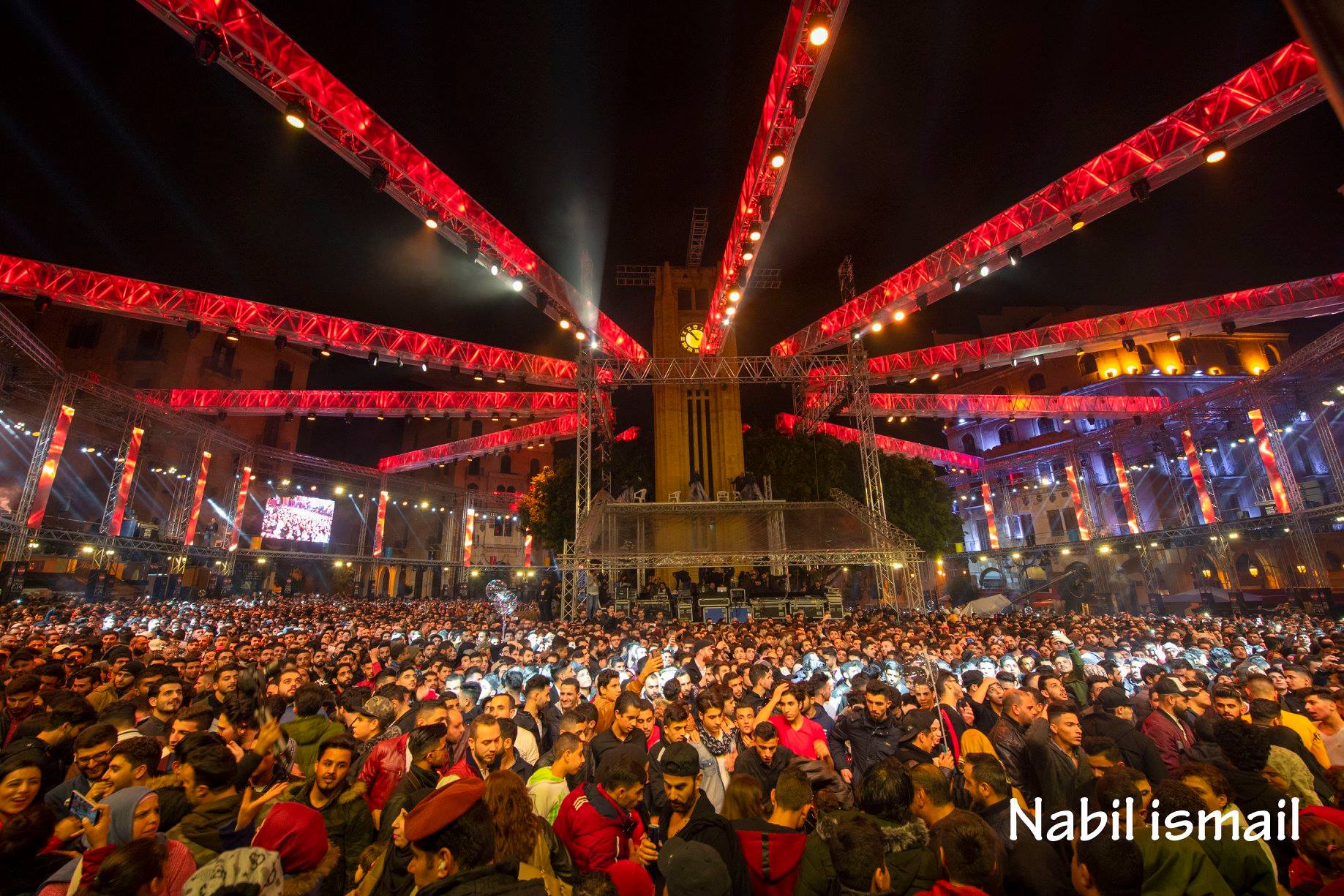 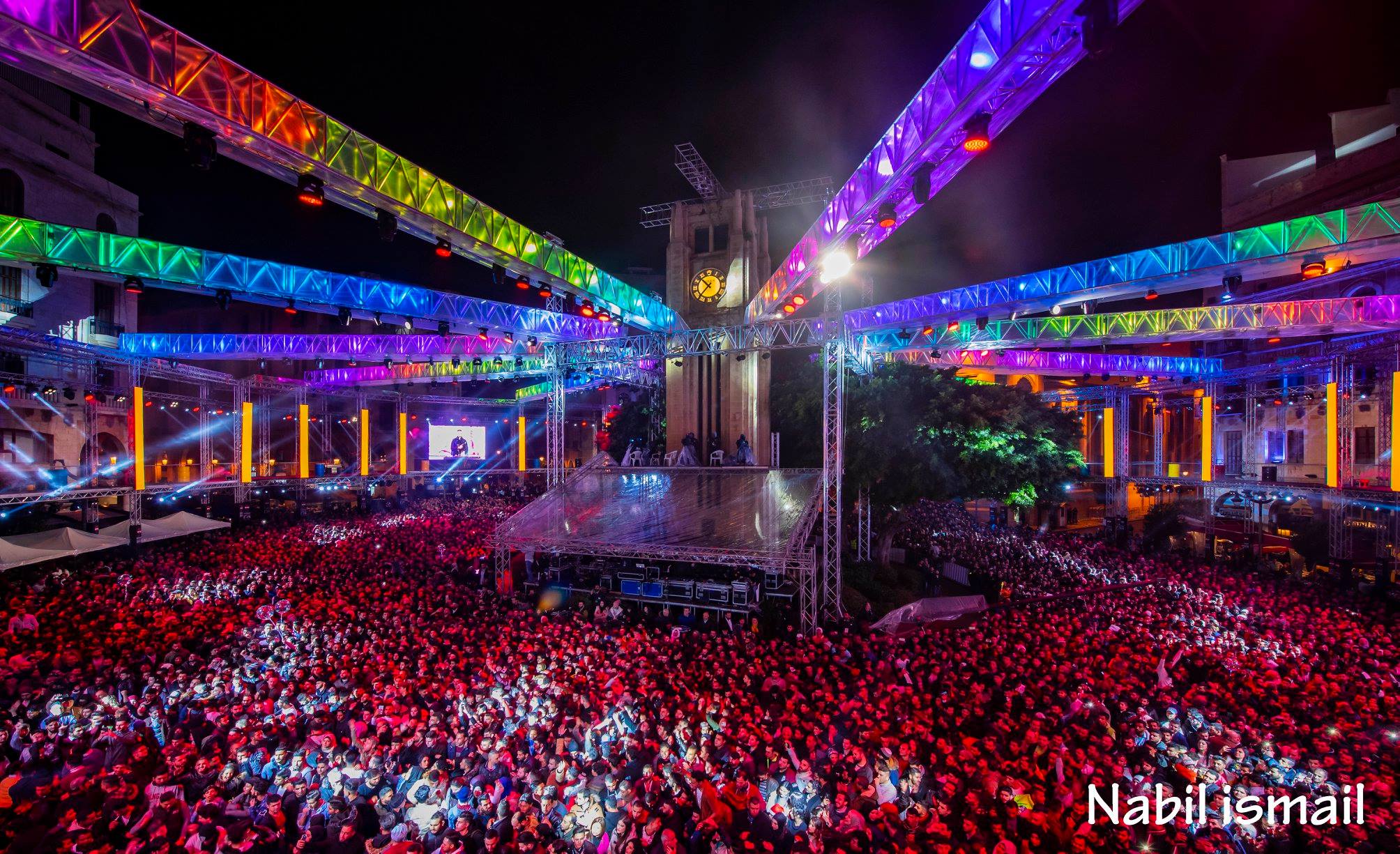 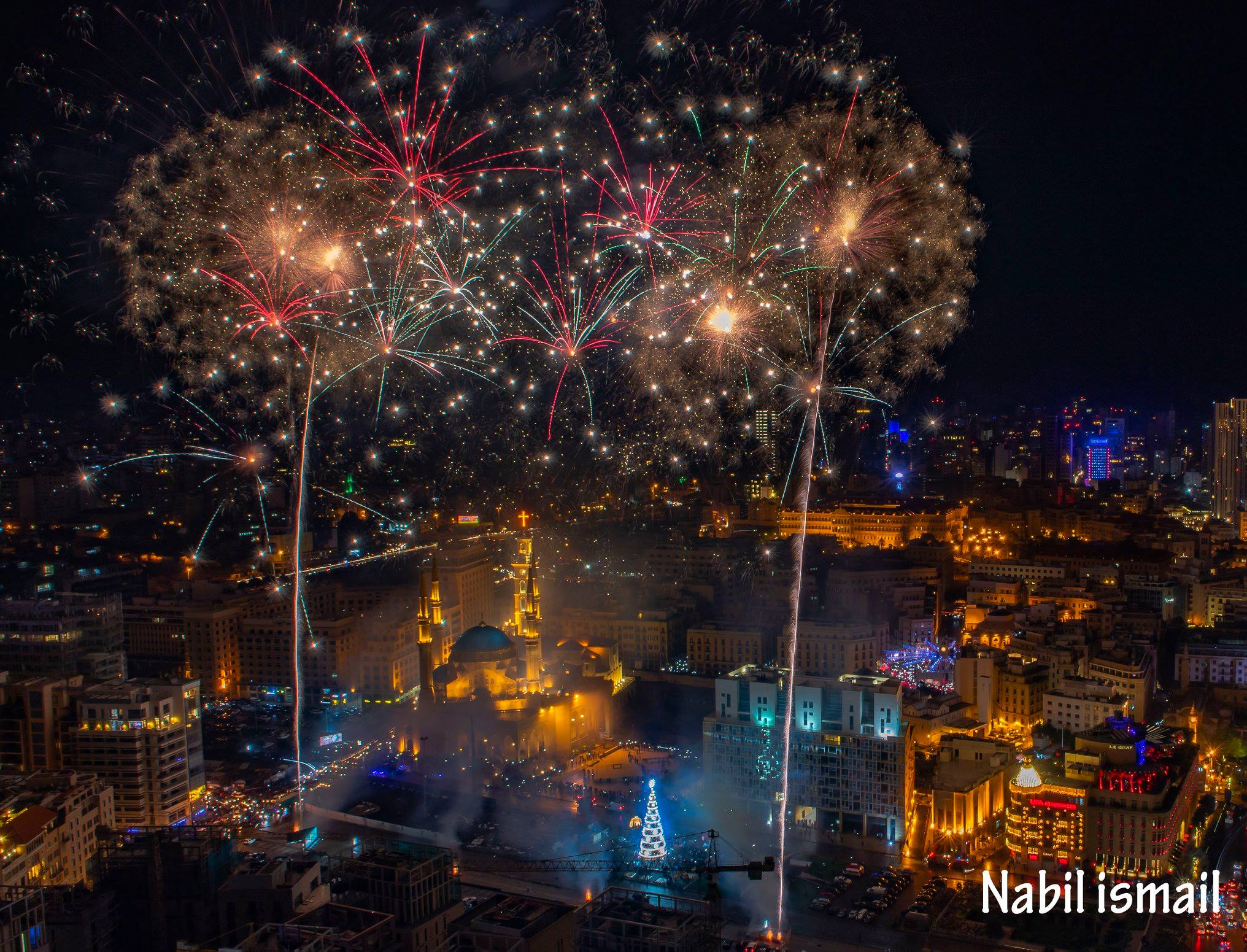 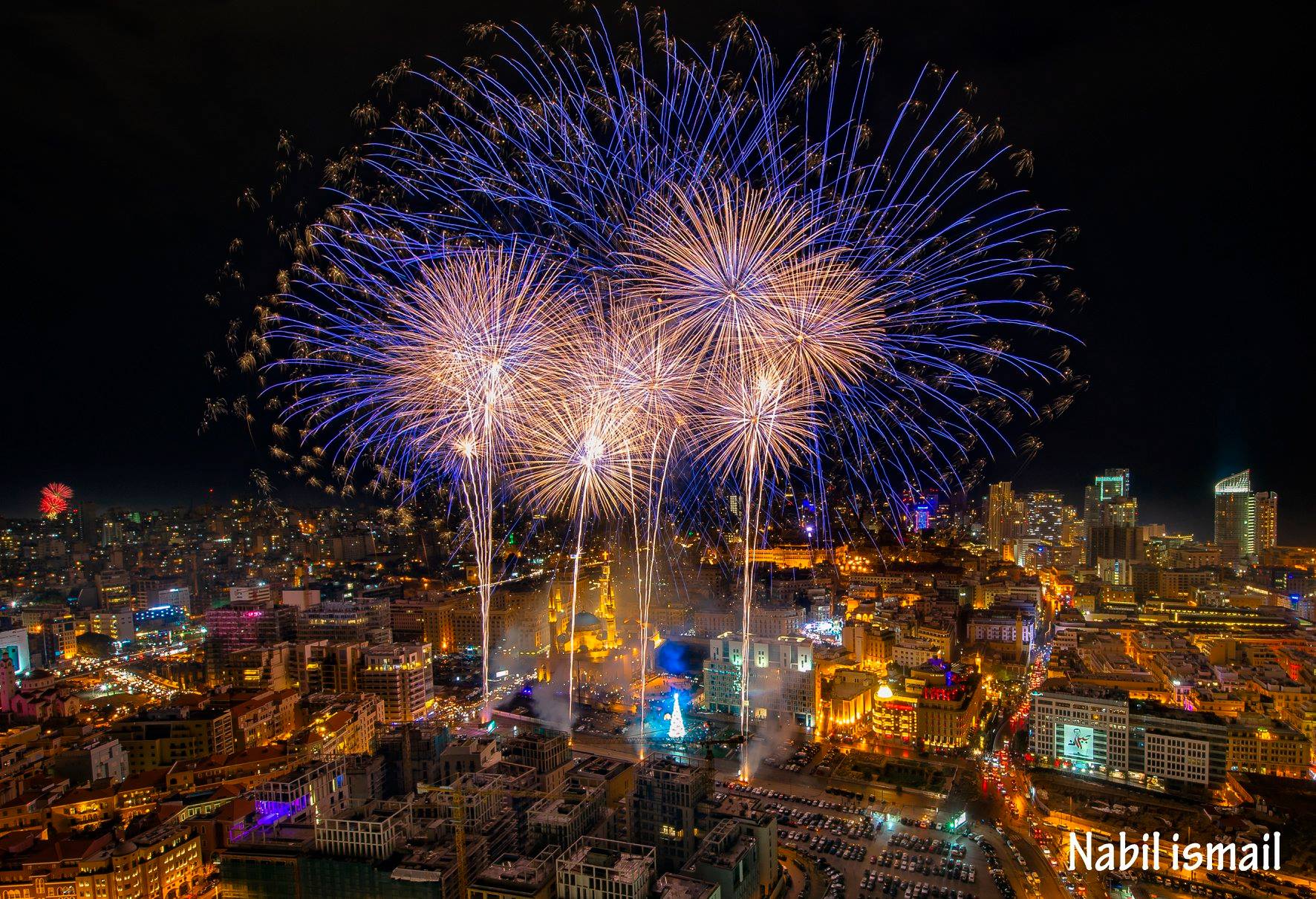