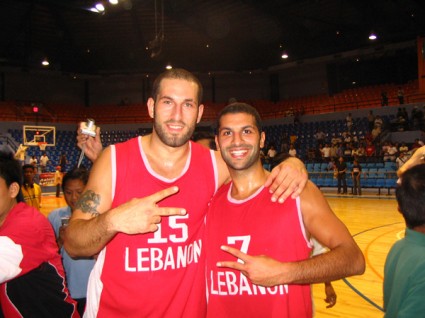 â€œItâ€™s true. I have been exchanging emails with Joe Dumars [Detroit Pistonsâ€™ President], who has asked me to come in summer,â€ revealed Khatib, who is 32 years old. He added: â€œI donâ€™t know yet if I am going. Playing in the NBA is something professional players dream of, but I have a family and I am starting a new project here.â€ [Source]

My friend was telling me the Pistons are serious about it and are being critisized for bringing in a 32 year old basketball player with no NBA experience. I never really liked Khatib but I wish him luck and hope he’ll be joining them soon.

He was already deprived from this chance some 10 years ago when he was playing for Sagesse. That’s probably the last chance he’ll ever get to join the NBA.

The Detroit Fans however don’t seem very happy about it. [Link]