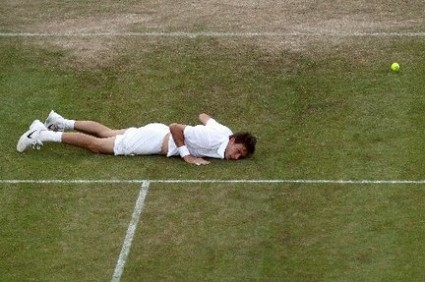 Ten Freaking hours and the game is not over yet!!!!

It was halted at 59-59 in the fifth set after an astonishing ten hours when bad light halted play.[Eurosport]

The match was between John Isner from the USA and France’s Nicolas Mahut. The previous longest game was only 6 hours and 33 minutes between Santoro and Clement at the French Open in 2004.