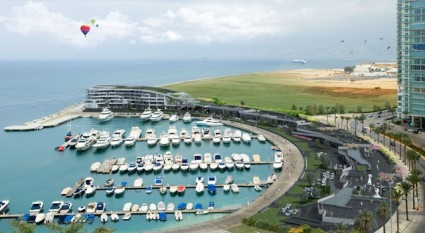 Joe went to take few shots at the Zaitunay Bay with his DSLR but was not allowed to do so by one of the security guys. I’ve seen a lot of people taking pictures with their SLRs and Smart Phones there so it looks like security guys r not doing their job properly or one of them was having a bad day. This is the second time Joe is not allowed to take pictures in a place, after he was asked to stop taking pictures at ABC mall Achrafieh few months back.

I agree with him that it’s a silly rule from a marketing perspective as they should allow us to take pictures and promote the venue.