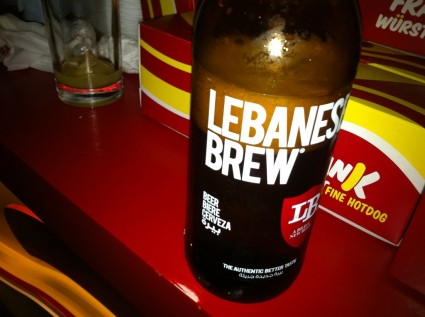 I’ve never tasted Lebanese brew until yesterday and It’s a disappointment to say the least. It’s very light and too sweet and it’s no way near Almaza. 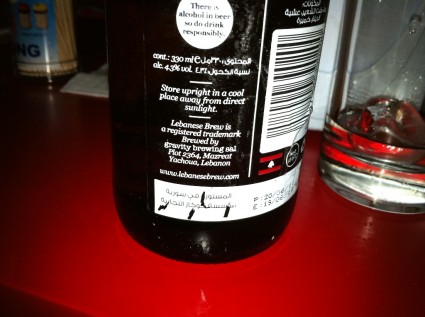 Correction: A friend called and clarified the issue as he knows the man behind this beer.The label apparently says “Fi” not “min” (it is a bit torn and unclear), and this beer was sent to Syria for distribution and somehow made its way back to Lebanon. However, bottles could be coming in from Kuwait if not from Lebanon, that remains to be confirmed.