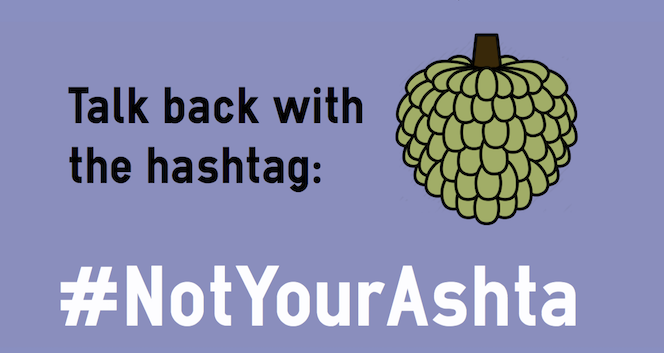 THE KIP Project on Gender and Sexuality has launched the #NotYourAshta campaign to shed light on the issue of street harassment in Lebanon. The campaign kicked off on November 14 and ends on November 25 – the International Day for the Elimination of Violence against Women.

#NotYourAshta will serve as a platform for individuals to “share empowering messages and vocalize their resistance against different manifestations of street and sexual harassment”. For those who are not familiar with the term, “Chou ya Achta” is a derogatory pick-up line used by harassers. The phrase refers to the fruit, an “Ashta” or sugar apple, which is known for its sweet taste.

Personally speaking, I will never understands guys who use these phrases and others. How stupid do you have to be to talk that way to a girl? Do you really think you’d end up on a date with a girl if you call her an Ashta?

To get involved, share your own status or Tweet speaking out against harassment using the hashtag #NotYourAshta. 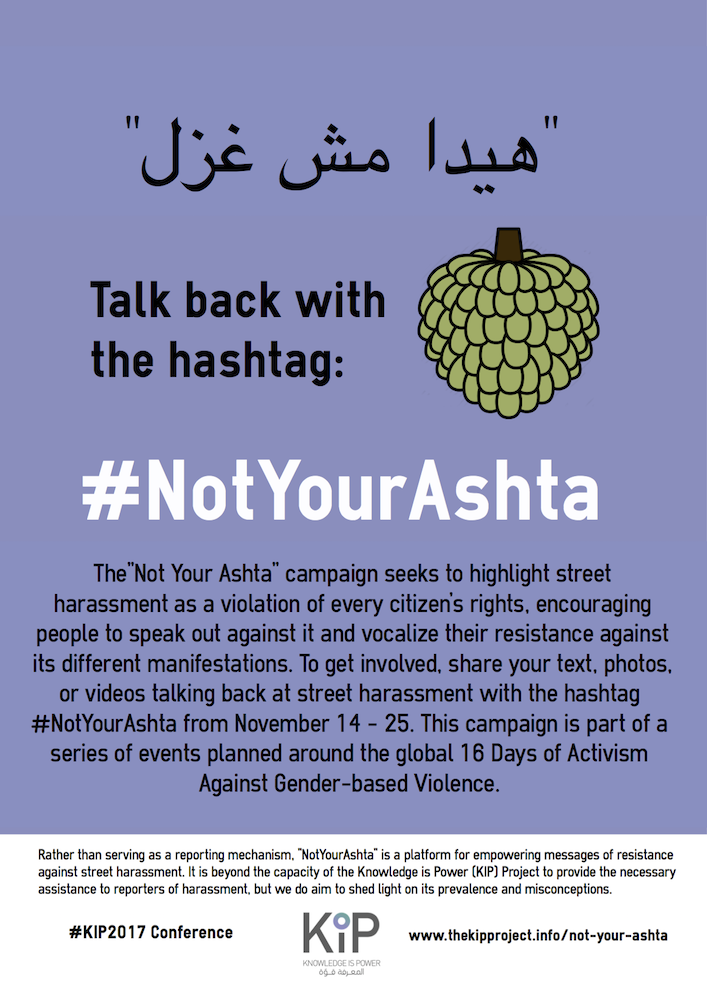