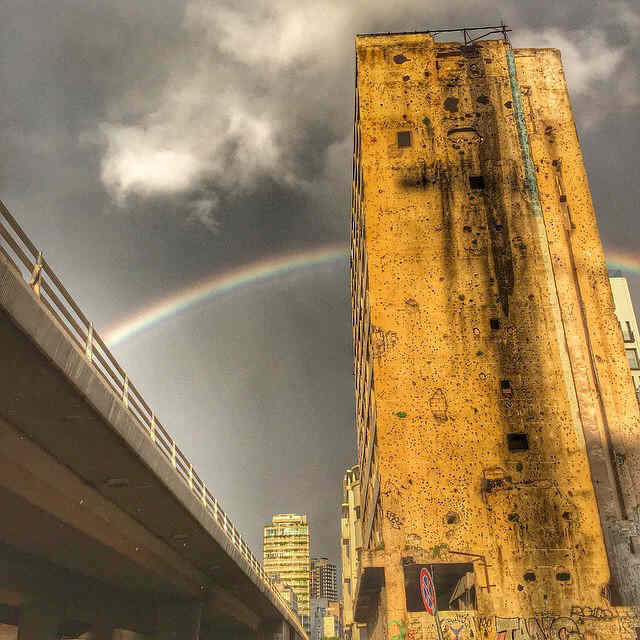 Today marks 40 years since the start of the Lebanese Civil war, which officially started on April 13 1975 and ended on October 13 1990. An estimated 120,000 people were killed in the 15-year long war that opposed Christian, Sunnite, Shiite, Druze and secular Lebanese groups as well as Palestinians, Syrians and Israelis.

Every year on April 13, we vow to put the civil war behind us but then an incident occurs at some point to remind us of this ugly war. Whether it’s the Jabal Mohsen vs. Bab el Tebbaneh clashes, the sectarian fights in Beirut or the car bombs, Lebanon is still not over the civil war and will never be as long as we are being ruled by the same warlords who made this war happen and almost every Lebanese needs a weapon at home or in his car to feel safe. Moreover, we cannot possibly close the civil war chapter without holding accountable those who caused it, agreeing on a history book to tell the younger generations what happened, and more importantly find out what happened to the 17,000+ disappeared during that war. 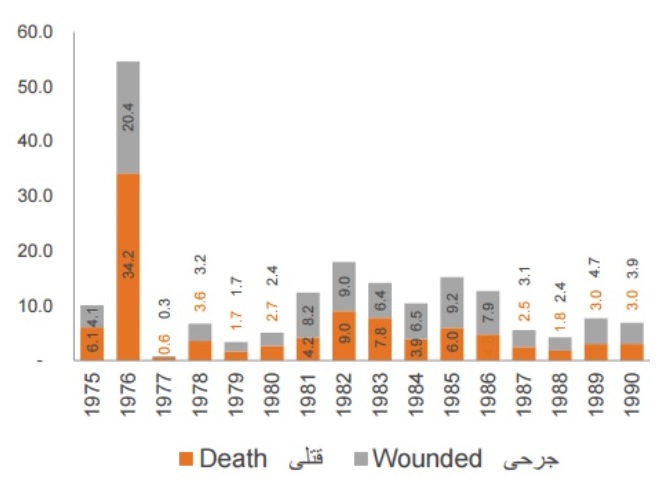 The highest death toll month between 1975 and 1990 was June 1976 causing 2989 deaths according to [LebaneseRenaissance.org].

Despite all that, I refuse to believe that we will have a new civil war in Lebanon and all I can do is remind the blog’s readers every year of how ugly this war was and how innocent civilians ended up paying the highest price. This year, I decided to share a story that I’ve been hearing ever since I was young and is sadly inspired from true events.

Back in 1975, when the tensions started between the Palestinians and Christian militias, three brothers found themselves in the middle of the fights, so two of them decided to join the fight to defend the “Christian areas” as they were called back then, while the third one (older brother) stayed away as he didn’t believe in violence and wasn’t ready to go out and kill people. In 1976 as the war entered one of its ugliest and deadliest years, the two brothers were still fighting at the fronts while the third brother still refused to get armed. One day, as the older brother was leaving home and on his way to get food to his friends and brothers at the front, he got killed by a sniper. The poor guy happened to be at the wrong place and the wrong time and died instantly. Years after, each of the two brothers joined different political party and found themselves fighting each other. To make things worse, each got a death threat from the opposing party when things calmed down and almost got assassinated if it wasn’t for the other brother’s intervention.

Up until today, the two brothers fight over politics but they both agree that war didn’t have any winner and that it cost them the life of their dear brother who had nothing to do with it. Every time I am reminded of that story, I ask myself if I would have joined the war or stayed aside, and more importantly if I would have agreed to shoot at other human beings and possibly relatives and brothers. I understand that circumstances were different back then, and that some people were forced to carry weapons and defend their lands or houses, but the war is over now and the war generation should keep their children away from violence and weapons and stop of inciting them to carry guns and fight.

On a last note, I found this old Joumblatt video as I was going through old civil war videos where he’s asking for all war lords, including himself, to be held accountable for their acts in order to close the civil war chapter. I fully agree and I hope someone reminds him of that speech today.

Bekaa was the safest area during the civil war