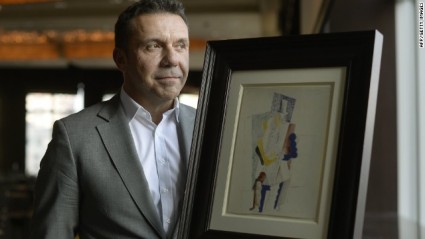 Pablo Picasso’s grandson is selling 50,000 raffle tickets at 100 Euros each for a chance to to win “The Man with the Opera Hat,” a cubist work nearly 100 years old. The reason why he’s doing that is for the rescue of Tyre, “a city devastated by decades of military conflict, including Lebanon’s 15-year-long civil war”.

Yup you heard me right! You could own a Picasso for 100 Euros only and by doing so, you will be helping an old Phoenician city in Lebanon. Olivier Picasso got the idea from his friend who was fed up with “boring” charity dinners.

You can read the full article from CNN [Here].