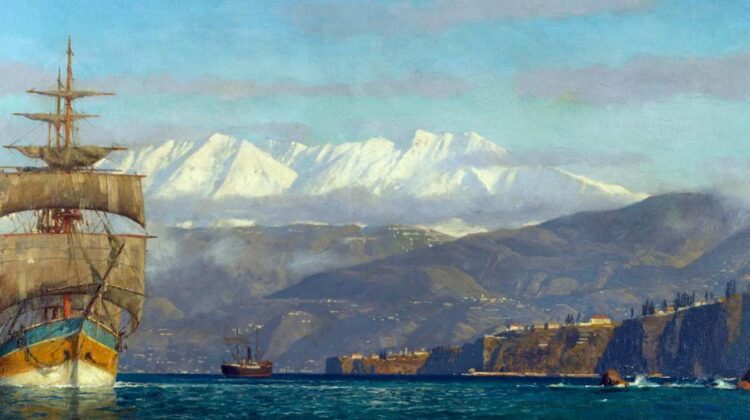 A 1908 painting of a Lebanese family overlooking the Mediterranean from their Ghazir house caught my attention on Twitter, so I decided to look further into its owner and discovered Philippe Jabre’s mesmerizing collection of over 300+ artworks and artefacts.

The collection has been featured in numerous exhibitions including most recently the Sursock Museum. In 2019, it was announced that “curator Gaby Daher and Jean-Louis Mainguy were designing a museum for Philippe Jabre’s orientalist art collection at an authentic house in Beit Chabeb built in the 1860s. The space is expected to house 310 paintings (including four pieces by David Hockney and Andy Warhol)”.

According to this interview with Gaby Daher, who the curator behind Philippe Jabre’s art collection, the aim has always been to build a collection based on Western creations inspired by Lebanon from the eighteenth century to the present day. Quoting Daher, “Artists would come to Lebanon, draw some sketches and execute the final paintings in their studio back home. These paintings were sold mainly to Europeans and American, so the challenge is to find them and reunite them with their land of origin: Lebanon.”

I shared few paintings, and you can check out more [here] and on Jabre’s [Instagram] page.