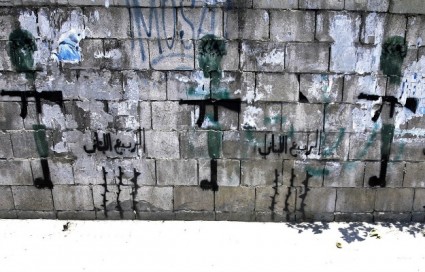 Everytime there’s a gun-battle or an explosion in Lebanon, there are innocent people,who just happen to be in the wrong place at the wrong time, that get killed in the process. 16-year old Ali al-Sharaband found himself in the middle of the gun-battle that erupted between Hezbollah and Ahmad Al-Assir supporters and was killed after being shot in the head.

I have a picture of him lying dead on the ground, but it’s VERY graphic, so don’t click on the link if you can’t handle it. [Picture]