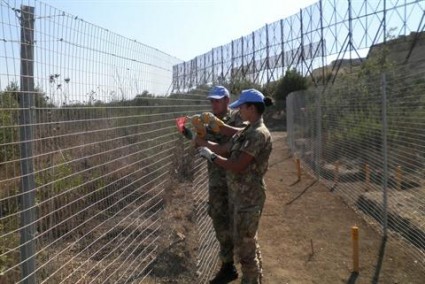 I was reading an article on Israel’s plans to build a 1-kilometer security wall along the border of its northernmost village with Lebanon to prevent potential clashes in the area, and I thought to myself:

What’s so wrong about building a wall or fences all across our borders while keeping the exiting border gates? It’s not like we want to prevent our neighbors from coming in, but it wouldn’t harm if we were in control of our borders and prevented illegal entries, specially with everything that’s going on now.

Alongside the security risks, the prime goal of such a step would be to limit the economic damages this open-borders policy has been causing due to illegal traffic of products. Of course, no changes will be made to the transit rules with our Arab neighboring countries.

I don’t believe it would harm anyone if we knew who’s coming in and out of the country. We have 375 kilometers of borders with Syria and 79 kilometers with Israel.