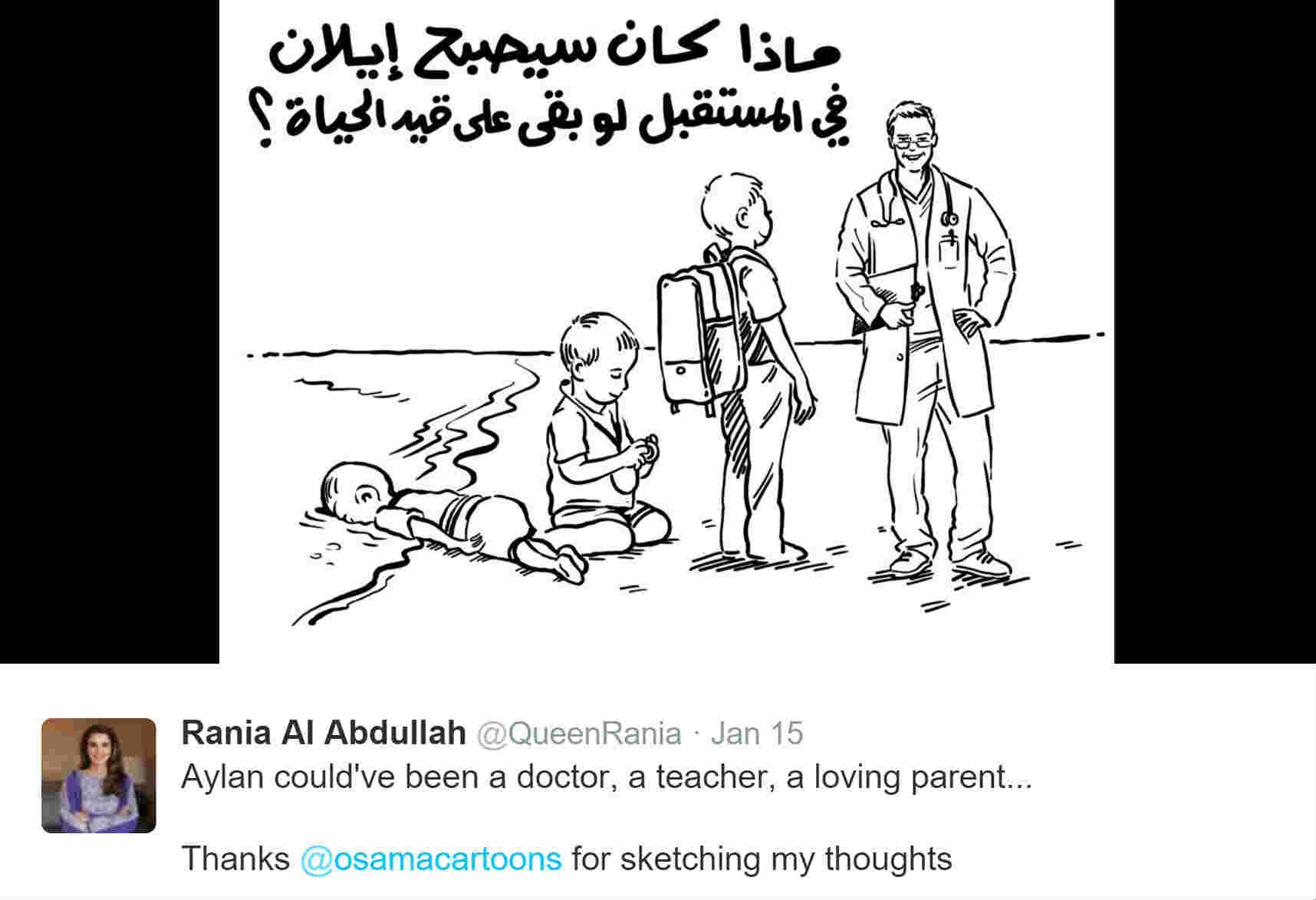 A lot of people, including myself, condemned the terrorist attacks against Charlie Hebdo in the name of free speech, but many people were against using the #JeSuisCharlie hashtag simply because this magazine’s views do not represent them, and a clear example of that is Charlie Hebdo’s latest cartoon about Aylan Kurdi and sex attackers.

The French satirical magazine suggested that Aylan Kurdi, the drowned Syrian kid whose tragic picture made headlines worldwide, would have grown up to be a sex attacker, in reference to the recent mass sexual assaults that took place on NYE in Cologne. I thought the cartoon was racist, disgusting and distasteful to say the least and I honestly don’t care what message they were trying to send through this drawing and whether they were misunderstood or not, you just don’t do that with the memory of an innocent dead child.

A lot of people were outraged by the cartoon, yet the best answer came from Jordan’s Queen Rania who responded with a sketch of her own, where she posted “Aylan could’ve been a doctor, a teacher, a loving parent…”. I thought the reply was spot-on and I will also add to it “Aylan could have been from Lebanon, France or any country going through war”, so let’s put ourselves in every refugee’s shoes and stay away from hateful and racist statements. Just like I said last week following the graphic images of death and starvation that emerged from the Syrian town of Madaya, you can easily ignore what’s happening around you if you don’t feel concerned, but making fun of other people’s misery makes you a sick person.