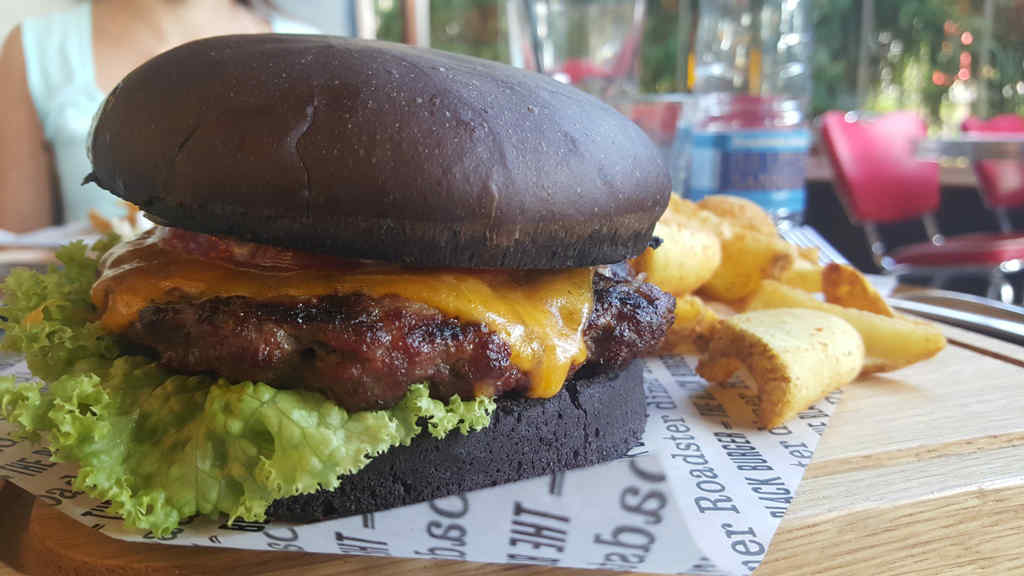 Roadster Diner is taking bizarre fast food in Lebanon to new heights with their latest burger “The Black Burger”. For a limited time starting tomorrow, Roadster will offer a burger with a black bun. Of course black burgers is not a new thing worldwide as they were introduced a couple of years back in Japan by Burger King and McDonald’s but it’s the first time a restaurant serves it here in Lebanon and I had the chance to try it out this afternoon before its launch tomorrow.

I didn’t really know what to expect honestly and I have to admit the burger wasn’t very appealing when I first got it but it was actually quite good and the black bun was softer and tastier than the original one. The bun also looked like a cake or a brownie from the inside which was pretty weird. The patty was soft and juicy with the melted cheddar on top, the sauce was quite good even though it had onions, which I don’t like and I didn’t think the tomato was needed inside. I will probably add fresh mushrooms next time.

Of course you are all wondering how did they manage to get a black bun? Well I asked RD and they told me its natural coloring that’s totally harmless or as Minister Bou Faour would say مطابق lol! Overall, I think it’s a nice idea and I love the slogans they chose for this campaign. The “Because You Can’t Enjoy Black Ops mission with an innocent burger” is quite hilarious and there’s one slogan that’s GOT-related that will be revealed tomorrow. 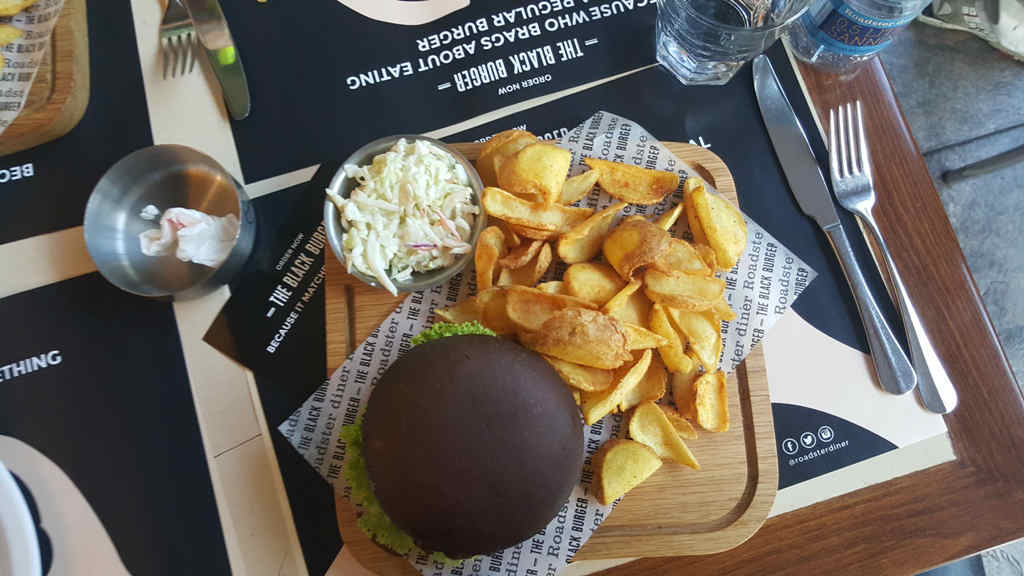 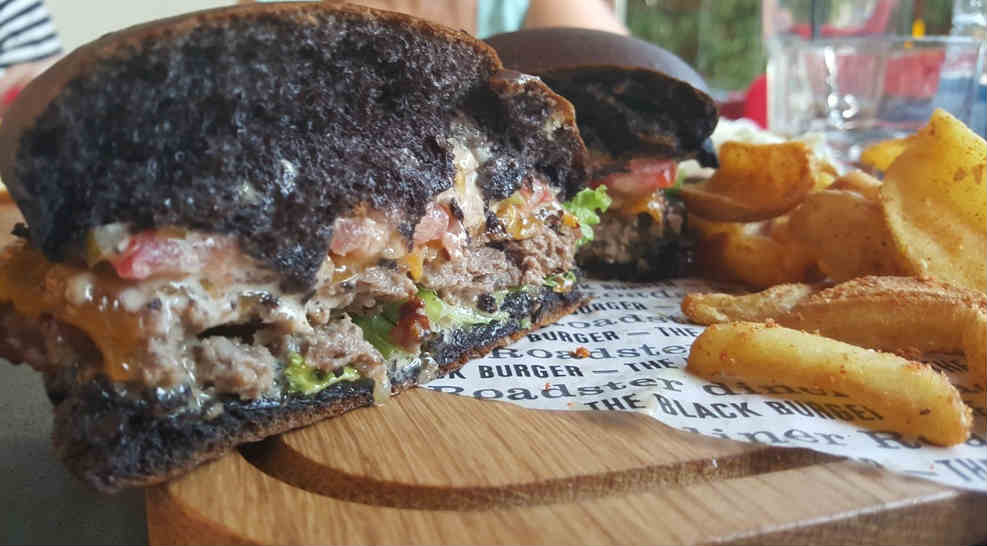 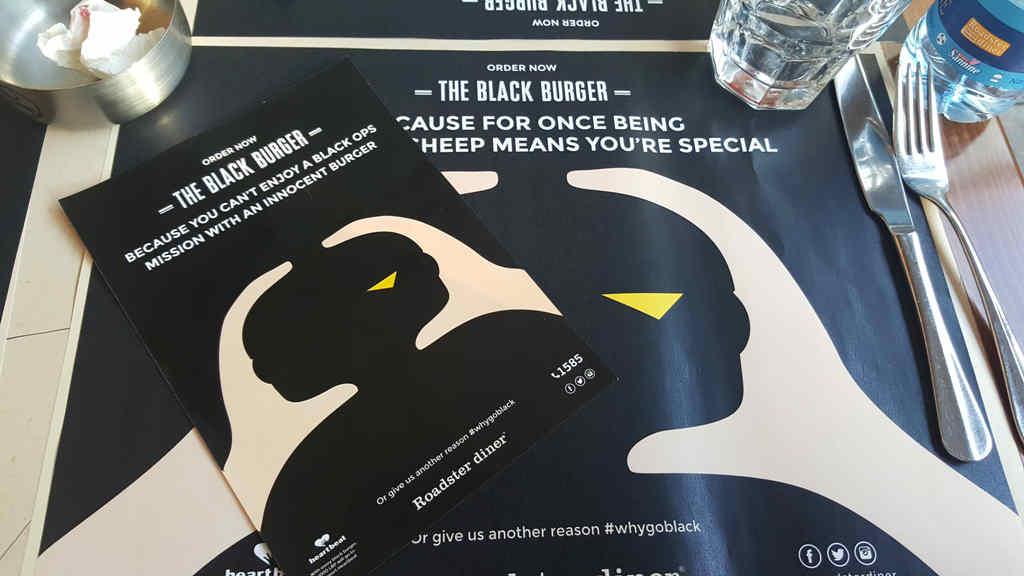