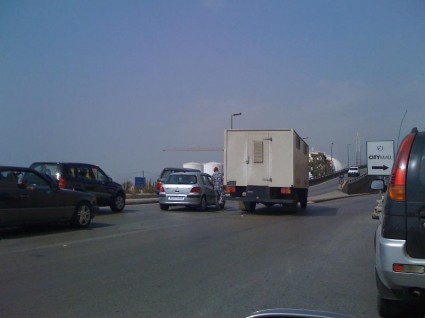 I was headed the other day towards the City mall on the maritime road when i saw some traffic near City Mall’s entrance. As i was getting closer to the parking entrance, i spotted a police car and two police motorcycles and a prison truck. The truck was stopped at the start of the bridge leading towards Roumieh. Cars were being forced back and the truck was slowly backing up from the bridge.

I start wondering what’s happening then i see a big truck blocking the road some 100 meters ahead of the prison truck. There was no accident or anything. The prison truck kept going backwards and then left using a different road.

It appeared like they were transferring some major prisoner as more police backups were coming. Not sure if it was a decoy to free the prisoner but the police officers looked pretty freaked out.

Prison breaks are not that rare in Roumieh and the last one saw 8 terrorists escape with one only succeeding but eventually getting caught hours later. 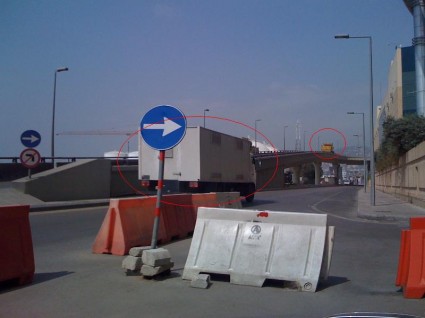