Stand-up Comedian Russell Peters is coming to Lebanon on March 24th for one night at the Platea Hall and I was checking back one of his performances when he talks about going clubbing in Lebanon. I honestly didn’t find this video funny, neither did Mark few months back, because it’s simply not what Lebanese do or sound like and I don’t know who are those four guys he went out with (If he ever did), but they sure are not Lebanese. The only thing he got right was the “habibi” thing.

Otherwise:
– How many Lebanese do you know say “B” instead of “P”?
– Also, I’ve never heard that “Lebanese” accent he’s trying to reproduce. No one speaks like that here.
– Speaking of B018, you can’t possibly hear BOAT instead of BO18. If anything you hear B080 not BOAT!
– Moreover, B018 is not just some random club in the middle of nowhere. You can see it from the highway with all the lights and cars around it, so I don’t know how he only saw a bouncer in the middle of a parking lot (unless he went there at 9pm).
– B018 is not meant to look like a bomb shelter but a coffin and it opens up and closes during the night. How did he realize it’s a bomb shelter? What was his first hint?

The only stand-up comedian that I’ve seen and made me laugh about Lebanese is Nemr Abou Nassar. I heard there are lots of funny stand-up comedians performing at the Comedy Club in Monot but I haven’t been there yet.

For those interested in buying tickets for his show on March 24th at the Platea Hall in Maameltein, click [Here].

Is this how a bomb shelter looks like in Canada or India? 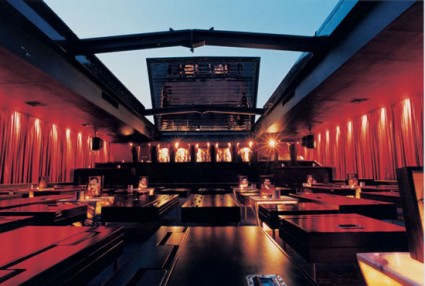