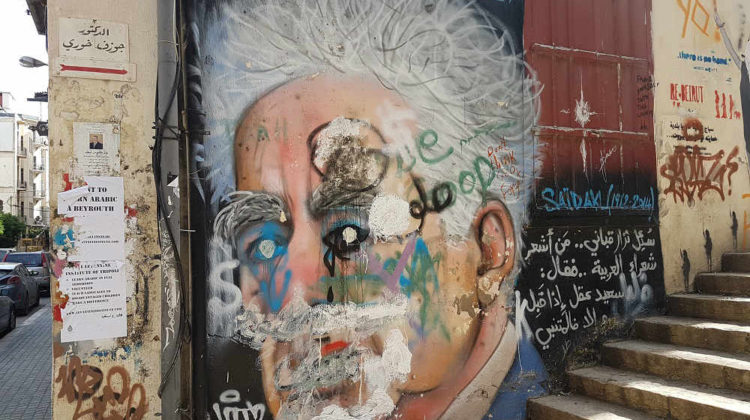 Said Akl’s graffiti in Gemmayze was recently vandalized. Few months ago, someone added some lipstick on the poet’s lips but now it got totally ruined. Said Akl is considered one of the most important modern Lebanese poets and philosophers; he passed away in 2014 aged 102.

I wouldn’t be surprised if this was done on purpose as there are many who hate Akl for his political stances back in the 1980s. Nevertheless, he’s still a cultural icon and someone should fix this mess.