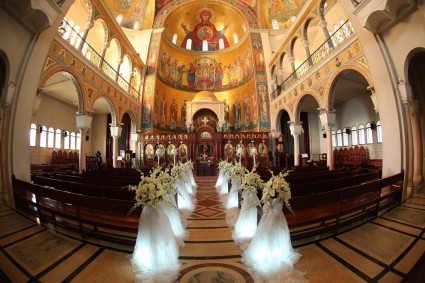 That’s the church I got married in a month ago. It’s quite shocking to hear it got a hoax bomb threat.

The pastor of Saint Paul’s Cathedral in Harissa, Naim Khouriyeh, revealed on Thursday that a priest had received a text message warning that the cathedral will be bombed.

Khouriyeh told Voice of Lebanon radio (93.3) that investigations carried out by security forces showed that the threat was a hoax.

“It’s an individual act that aims at blackmailing” the Cathedral, Kouriyeh added.

On Wednesday, the army heavily deployed near the cathedral in Harissa and worshipers were evacuated immediately after the threat. [Naharnet]