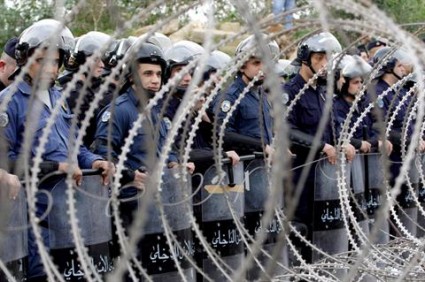 I don’t want to sound too optimistic but I’ve been noticing an improvement in the security situation in Lebanon recently, especially after the ISF and Lebanese Army were given a sort of “green light” to go after kidnappers and criminals. We all thought the situation is going to explode after the Pope leaves but surprisingly the army & ISF are now raiding previously “forbidden” areas, freeing hostages and capturing all criminals and terrorists.

It started with Michel Samaha’s arrest after being caught carrying explosives from Syria into Lebanon, then the arrest of 3 members of the Mokdad family accused of kidnapping Syrian citizens in Lebanon (They are now facing charges of kidnapping and terrorizing people with the force of arms, as well as owning unlicensed weapons and explosives) and recently the arrest of a large bank robbery cell suspected of Plotting Attacks against politicians, judges and officers, as well as several criminals and groups behind kidnappings, crimes, thefts and other felonies.

I had posted two days ago about Youssef Bechara, the owner of Bechara Bakeries, who was kidnapped and taken to Dahieh where his family had to pay 400,000$ to get him back. Well one of the kidnappers was arrested yesterday and 380,600$ were given back to Bechara’s family. [Link]

Like I said at first, I don’t want to sound too optimistic but I think the security situation cannot but improve if there are no obstacles preventing the Lebanese Security Forces from doing their job to the fullest.