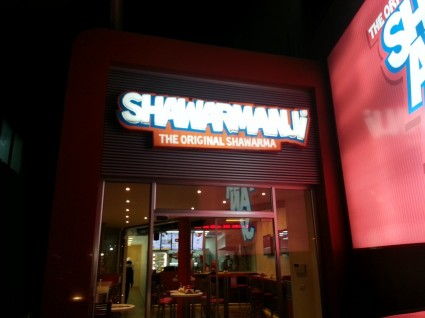 Almost a year ago, I was having a talk with a restaurant owner that we need in Lebanon small shops that sell Shawarma the same way Kiosks are selling Hot Dogs and Crepes everywhere these days. He told me back then that it’s a good idea specially that there are very few decent Shawarma places but its only inconvenience is that you can’t keep the Shawarma “Sikh” for more than one or two days which could prove costly in the early stages if business doesn’t pick up. 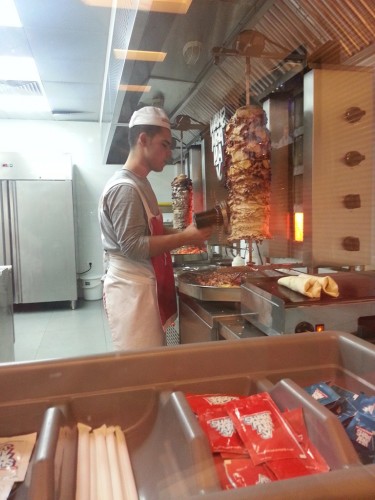 Having said that, the people behind Shawarmanji seem to be confident that such a concept will pick up quickly and decided to open in 5 key areas in Lebanon as a start, in Hamra, Achrafieh, Sin el Fil, Zalka and Kaslik and are planning to expand later on in Lebanon and in the Arab world. 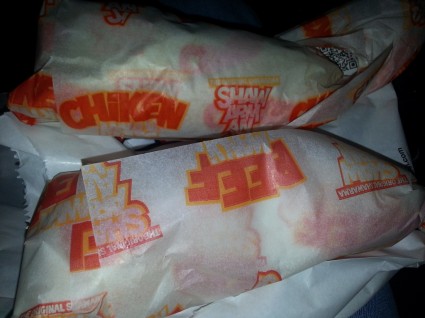 The idea behind Shawarmanji is simple: “Bringing The best Shawarma closer to you!”, but when it comes to Shawarma, I honestly don’t think anyone could compete with Boubouffe and after trying Shawarmanji for the first time last week, I still think Boubouffe is the best.

However, it’s really hard to compare both as one is a 30 year old restaurant in Achrafieh that sells very expensive Shawarma sandwiches among other things and with no plans to expand while Shawarmanji is only about Shawarma and is a new brand opening all over Lebanon. Aside from the convenience, Shawarmanji is very clean and the people working there are very professional from what I saw, and this is a very important feature specially when most Shawarma places in Lebanon are not that hygienic. 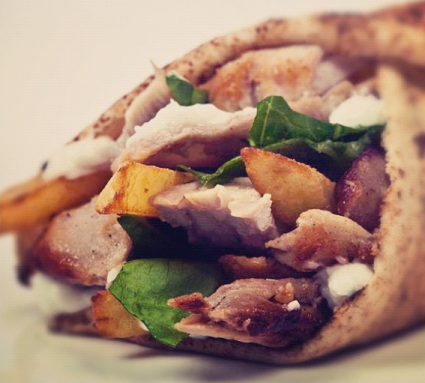 Price-wise, sandwiches range between 5500 and 6250 Liras (4$) for both meat and chicken while platters cost around 13,000 Liras (8$) which are very affordable prices in my opinion. There are other items on the menu, such as Sambousek and Rolls, Hummus, Salads and even desserts.
You can check out the whole menu [Here].

All in all, it’s a place worth trying and the best alternative to Boubouffe for me at the moment.

You can read more about Shawarmanji [Here].