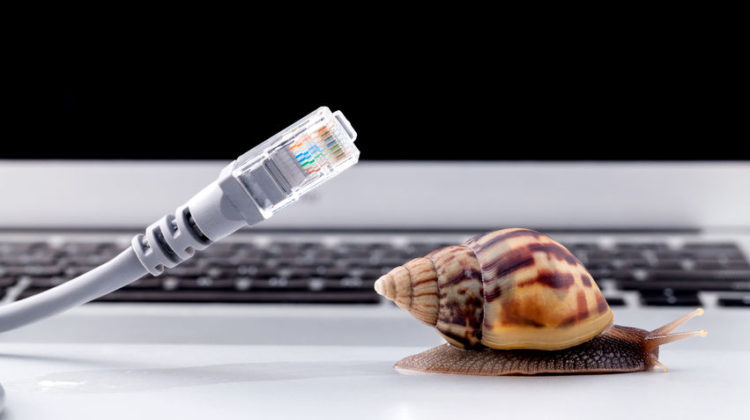 Back when I was still living with my parents, our Ogero DSL connection was bad because the cables are old based on what the Ogero people told me back then (2011?). When I moved to Jeita in 2015, I could barely get 1.7Mbps because I’m far from the internet station in Zouk Mosbeh, but I was still satisfied with the connection as long as it remains the same.

Unfortunately, I’ve reached a point where I’m seriously considering dropping my DSL subscription once and for all. In the last 12 months, my line stopped working at least 3 times, the internet keeps on disconnecting and I’ve spent more than two months without any internet. I changed all the wires linking to my house, Ogero people changed the cables in their box a couple of times already, I even changed the DSL modem and this is the connection I ended up with: 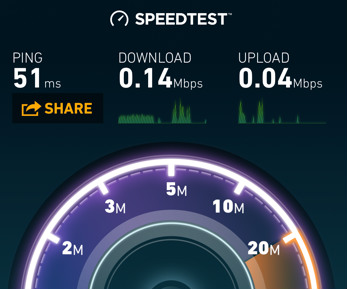 I think the above speed test results are enough evidence to put ex-Ogero head Abdel Menhem Yosusef in prison because it is longer acceptable to have such internet speeds in the 21st century.

Why didn’t I cancel my DSL subscription yet?

If I wasn’t aware of the change in Ogero management and the shit that Abel Menhem left behind, I would have cancelled my plan long time ago but I’m really hopeful this new team will bring change and there has been a major improvement on many levels but unfortunately not in terms of internet speeds, which matters the most. The new plans and open speeds announced are awesome and I’m sure those in Beirut and near the Ogero stations will benefit but this is not enough! EVERYONE should have access to a decent internet and by that I mean at least a 2Mbps connection. I live in Jeita, not in some remote village on the borders to have such a shitty connection and I am sure many can relate. A friend of mine lives in MonteVerde and his line was f*cked by contractors who work with Ogero and it hasn’t been fixed since then, another friend in Mansourieh cannot get more than 1 MBps at his place and the list goes on and on.

This being said, I’m fully aware of the work load on Ogero people these days but something needs to be done to address issues more quickly and more efficiently. Moreover, Ogero should offer alternatives until they’re able to deploy fiber optics everywhere. I have a 30GB plan on my Alfa line and another 6GB plan on my Touch line and I’m always over quota which is ridiculous. Speaking of alternatives, I was told to give Connect a try and got the 5MBps plan they offer but I returned the device after three days. It kept disconnecting, I never got 5Mbps and it wasn’t working most of the time, they tried to fix the problem for three days but couldn’t figure it out.

Next week, I am changing my plan from the $50 unlimited 2Mbps to the cheapest one available because I’m wasting my money right now. If I can’t get my DSL line fixed in the next 10 days, I’m canceling my DSL once and for all and switching to a 4G modem.