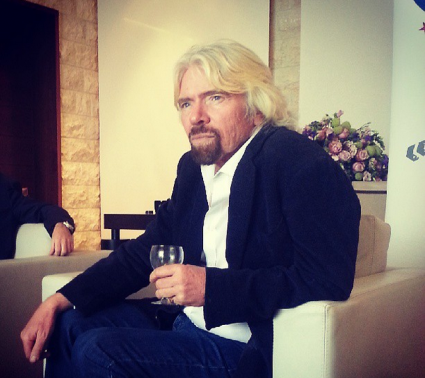 As I stated in a previous post, I went to meet Sir Richard Branson today and had the chance to ask him few questions. Here’s what I asked and what he told me in brief:

Questions:
1- What do you think about the Lebanese authorities and the way they condemn and ban music, movies and books? Do you find it justifiable specially that you were among the first few people to sponsor and sign controversial bands?

He told me that the last time he was there, he was aware of the censorship issues in Lebanon and asked us if things had become better? (To which I answered: No it actually got worse). Then he continued saying that “Freedom of speech is extremely important and that it’s a pity that we ban or censor music, cds and videos in Lebanon. Every individual should have the freedom to decide what to listen to or watch or what not to”

2- Do you think Virgin Radio Lebanon should have opened before in Lebanon? isn’t the radio market saturated by now? Should we expect something like the V festival to take place in Lebanon?

He said that Virgin should have indeed opened before but there are a lot of difficulties to initiate such a project and that now he’s found people ready to cooperate with and make it happen. As for the V Festivals, I was told we should be expecting major events with big artists in Lebanon.

Gino asked questions regarding Virgin Galactic that you can check [Here]. 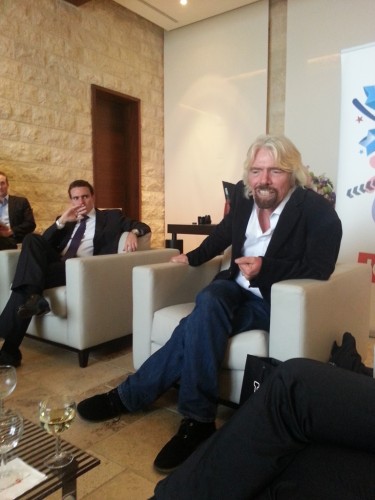 I didn’t expect Branson to be such a cool and down to earth guy. It was an honor meeting him and I hope he comes back again to Lebanon. As for now, Virgin Radio Lebanon is now officially on and you can listen to it on 89.5 FM! 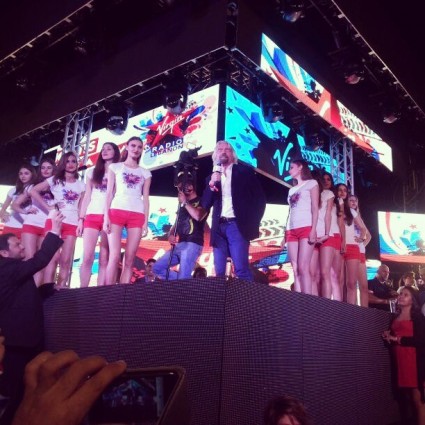