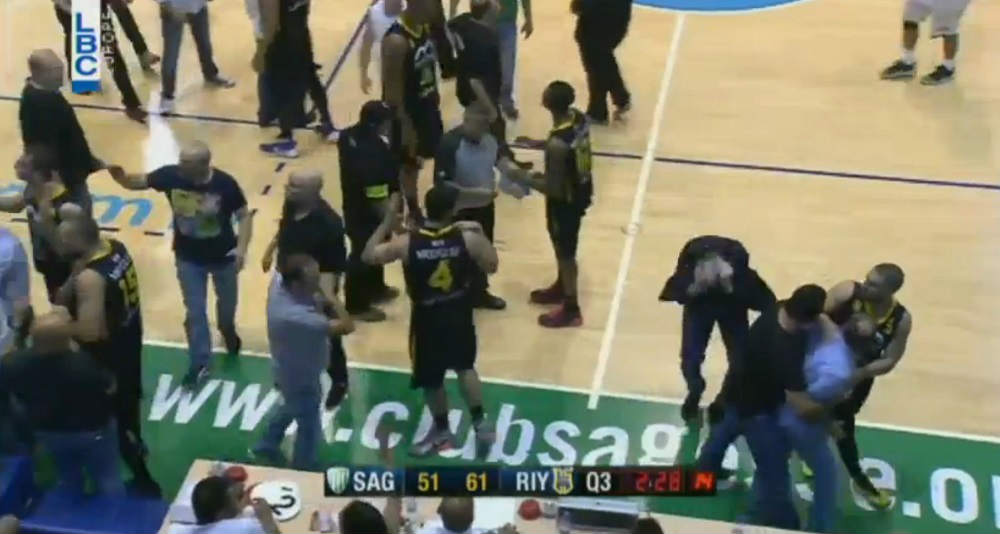 1- Chris Daniels to be naturalized after proving that he has all the “Lebanese Machklaje” skills.
2- Riyadi and Hekmeh supporters to be banned and replaced by foreign supporters.
3- A spiritual summit headed by Ghayyath will be held to reconcile both teams.
4- Both teams will be allowed to change all their foreign players and local players and coach and management just because that’s the trend in the Lebanese Basketball League.
5- LBCI to introduce basketball drama to its Ramadan schedule.
6- The bottle of water that injured one of the Riyadi staff will be held in custody and interrogated.

To be honest, I am not surprised the series ended with a fight and the only party to blame is the Lebanese Federation and the concerned ministry. When a player misbehaves, he gets kicked out and suspended for at least 2 games. When fans misbehave the team gets penalized and the game goes on. It’s really that simple.

PS2: In other news, the Lebanese National Team is almost out of the Asian Cup after losing today.