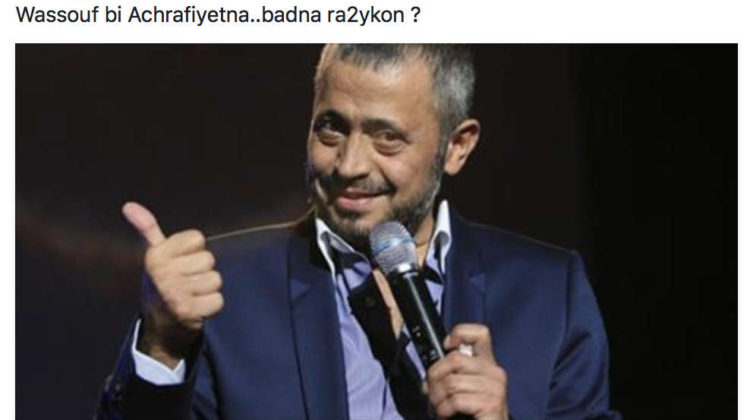 The article mentioned that several Achrafieh locals are against the concert for several reasons but did not mention any (Obviously because he’s Syrian and pro-Assad. I was scanning through some of the comments and to be honest, this is unprecedented and disturbing especially that Wassouf has lived in Lebanon most of his life and is worshipped by many Lebanese. In the past couple of years, there’s been a growing anti-Syrian sentiment in Lebanon due to the ongoing crisis in Syria and the incompetence of our government in managing this crisis. We’re seeing a lot of Facebook pages asking to boycott Syrian shops and Syrian products and naming and shaming Lebanese businesses that employ foreigners.

Wassouf, known as Sultan el Tarab, is an artist and considered one of the most important Tarab singers of the Arab World. Personally speaking, I don’t think we should mix politics and music together and just like I mentioned earlier today, I’m against all sorts of cultural bans.

On another note, I saw on TV one of Wassouf’s most recent concerts and the man can barely sing. I don’t know why anyone would bother ask him to perform still.