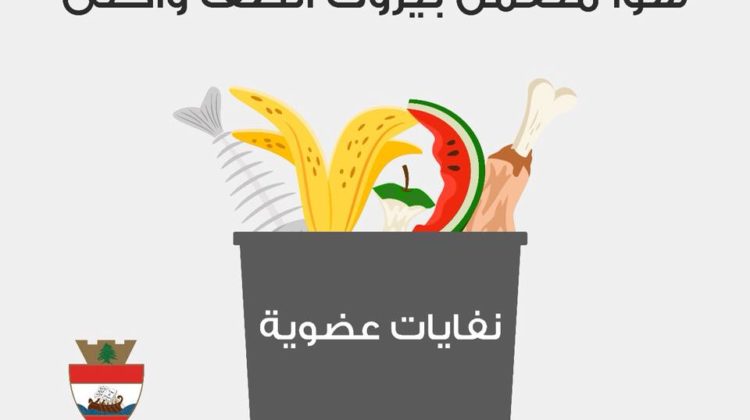 Currently, Beirut produces around 100 tons of waste paper and cardboard daily, out of which 75% get mixed with the rest of the waste, making it impossible to sort and recycle them. If this is implemented properly, each ton of recycled paper would save “17 trees in Lebanon, 27.2 kilograms of air emissions, 2.45 square meters of landfill, 4,100 kilowatts of power and 91 cubic meters of water” according to PM Hariri.

I noticed the municipality has begun raising awareness on this matter and sharing posters announcing the beginning of sorting waste at the source, but what remains to be seen if this project will kick off properly because it’s not as simple as that to force everyone all of a sudden to begin recycling. We need consistent awareness campaign, a high availability of containers for collecting recyclable paper and glass, properly equipped trucks and workers, and someone making sure government employees are complying.

All these points are mentioned in the project plan but what we’ve seen so far from Lebanese authorities is all talk and no action, and the fact that this recycling initiative was kicked off right before the elections is skeptical but it’s still too early to judge. On another note, what’s the government’s plan to manage waste? As we’re still burying garbage in the sea and there’s still no clear vision on how to tackle this nightmarish situation.