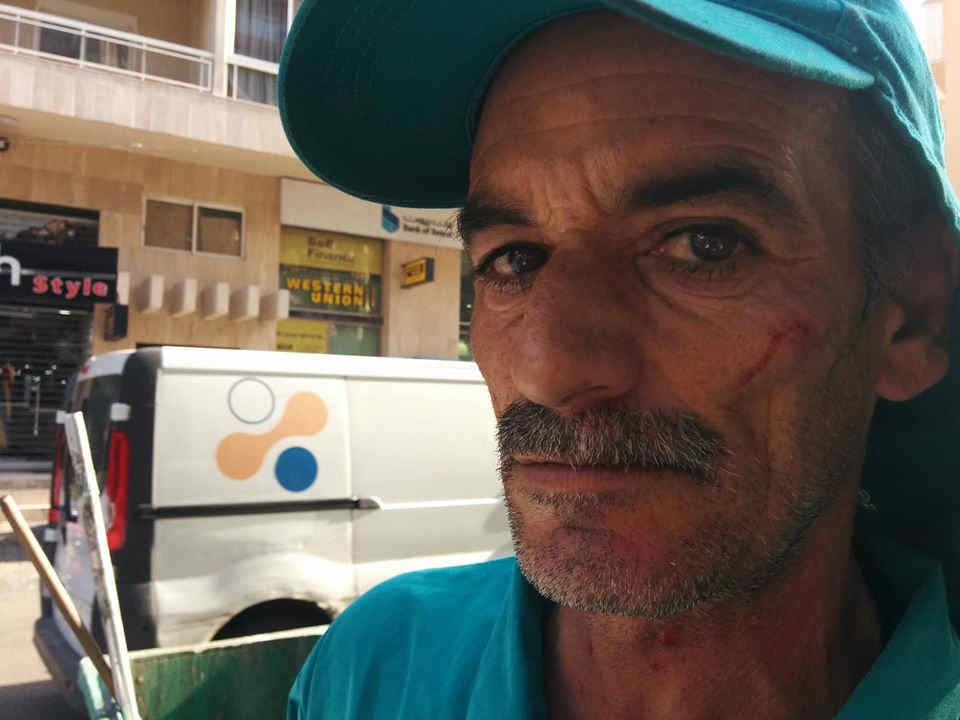 Assuming the story is true, Sukleen must investigate this incident and report it to the Lebanese Police in order to arrest whomever assaulted this poor old man. If anyone was there this morning and took pictures or a video of what happened, please call and share all the details you have with the Lebanese Police.

This morning while I was on my way to work, a man was hysterically yelling at a Sukleen worker on the side of the road in Dekwene (Slaf) demanding him to kneel. The Sukleen worker was around 20 years his senior. The man (animal) had his hand on the worker’s shoulder forcing him to the ground, shouting: ‘kneel, kneel’ and verbally insulting him in the worst ways. He grabbed a pocket knife and slit the old worker’s cheek. Someone had to do something other than spectate. When I got out of the car to try and stop this brutality, a woman watching from the balcony looked down at me and said: “leave him, these foreigners are all over our country, and they deserve it.” The swallowed tears in this old man’s eyes just stab right in the heart.
I am still sick to my stomach, disgusted by the injustice of it all, knowing that this incident will go no further than a Facebook post.