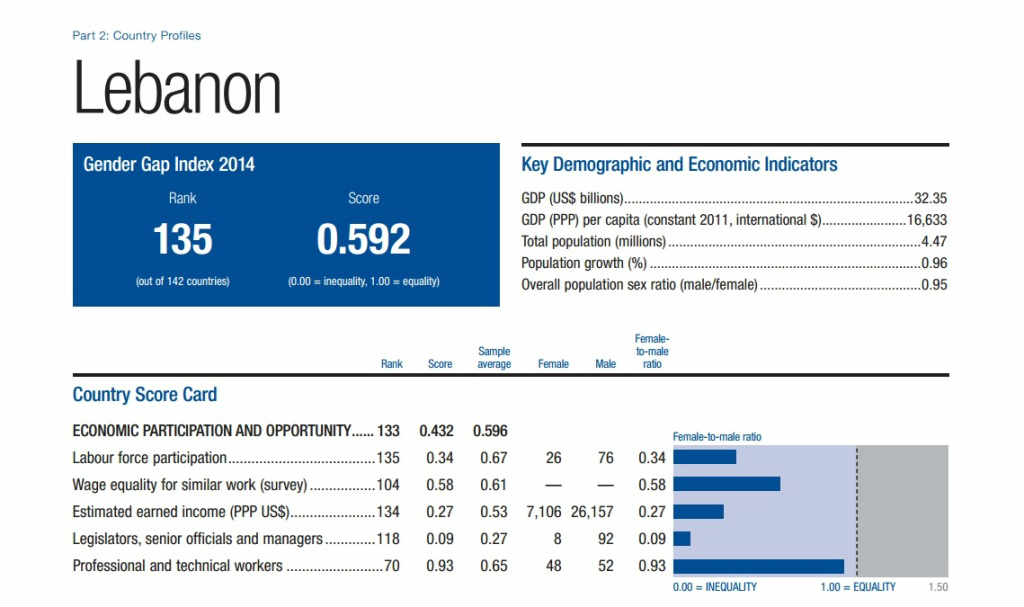 The Annual Gender Gap Index is out and Lebanon has dropped from last year to the 135th spot (out of 142) and suffers from severe gender inequality. Moreover, Lebanon ranked really bad in terms of female political participation, given the low number of women holding public office. Lebanon is the second worst ranked country in the Arab world after Syria only in the 139th spot. Kuwait is the best ranked in 113th spot, followed by UAE (115), Bahrain (124), Egypt (129), Saudi Arabia (130) and Jordan (134).

The report is issued by the Geneva-based World Economic Forum. You can download it [Here].