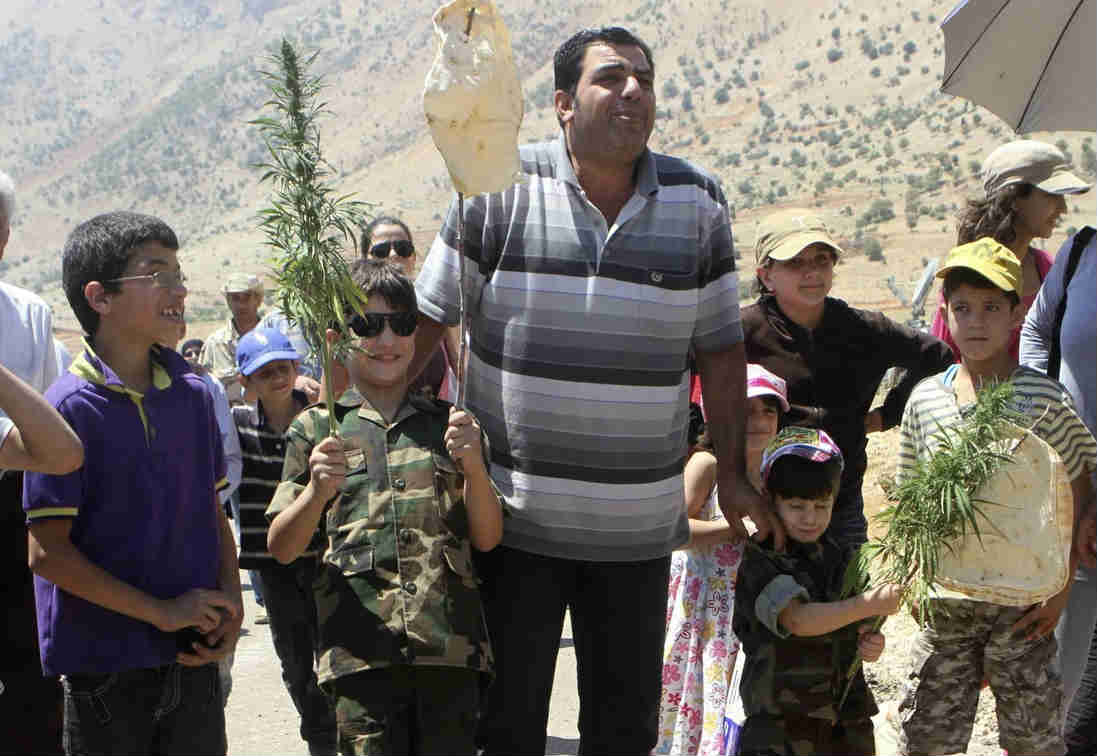 Who would have thought? Da3esh is actually uniting Lebanese factions in certain areas. I’d love to see pot farmers smoking weed and fighting alongside the Lebanese Army against terrorist groups in the Bekaa.

Among Lebanese authorities, there’s some suspicion but also a tacit acceptance that, if worse comes to worst, the farmers may act. “I think they’re using Islamic State militants as an excuse to justify having weapons, but the real reason is to protect their hashish,” Col. Ghassan Shamseddine, head of Lebanon’s drug enforcement unit, told SBS News. “But, of course, if there’s any assault from outside of Lebanon into Lebanon, they may use their weapons to help the army.”

For the farmers, the concern may be understandable: The Bekaa Valley is not far from Syria, and the Lebanese military has clashed with Syrian militants in the border town of Arsal. Neither the Islamic State nor al-Qaeda proxy Jabhat al-Nusra have shown themselves to be sympathetic to marijuana cultivation: In August, Islamic State militants released a video that showed them burning marijuana fields in Syria. [WashingtonPost]