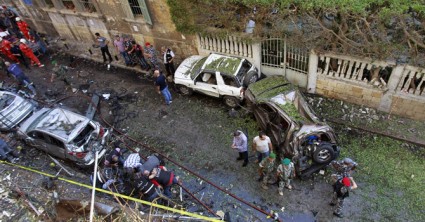 Bilal Hamad, head of the Beirut Municipality, has stated few days ago that the Municipality of Beirut’s council will meet today to decide on installing surveillance cameras in the streets of Beirut, as well as further empowering Beirut’s guards (They need better locations for their offices though).

These cameras should have been installed ages ago but it’s better late than never. Of course this won’t prevent car bombs from happening but will definitely lower the crime rate and maybe help detect suspicious activities before it’s too late.

Major cities such as Tripoli and Jounieh should start installing surveillance cameras ASAP as well.

PS: It would be a good idea for Bilal Hamad to have a decent website for Beirut’s municipality [Beirut.gov.lb].