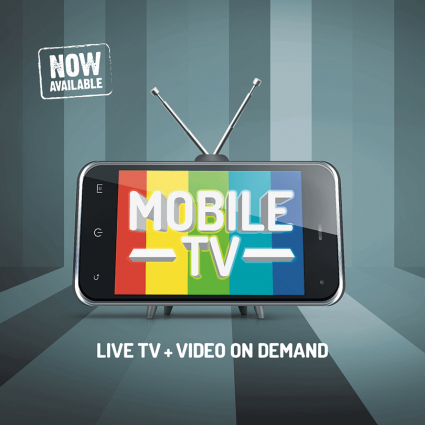 Touch Lebanon introduced a new service today which is called Mobile TV. It basically allows you to watch live local and worldwide channels on your mobile, as well as watch Videos on Demand. All you need is 3G enabled device (or a tablet/PC with an internet connection) to subscribe to the service.

This service is charged separately and has nothing to do with the regular data plans, which I believe are still not that great whether coming from Alfa or Touch as they need to increase the quotas ASAP (I’ve upgraded to 1.5Gb and it’s still not enough).

The Mobile TV tariffs are as you can see below. The Data Usage Limits are not very encouraging but I don’t think that’s something the operator companies control. I mean 17$ to watch videos and series for only 5 hours over 3G or 10 hours Wifi?? That’s like a couple of long movies only on 3G. As far as Live TV Categories is concerned, we already have some local TVs (MTV, Al Jadeed for example) and I am sure International TVs who have apps that allow us to stream live news and for free so I wonder what this service has more to offer. I am guessing the streaming should be faster and better.

Personally, I like the fact that we have that service now but I wouldn’t subscribe to it unless the usage limits are drastically increased. What I am interested in though is seeing how quick and consistent the live streaming of news or videos is because they take forever to load on the 3G.

Speaking of new services, Touch also launched a useful feature back in June, an in-app billing service with Anghami (Popular mobile music application) whereas touch users don’t need to pay separately for the app services, but instead the fees will be added to their monthly bill (For Postpaid lines) or deducted from the available balance (For Prepaid lines). I gave Anghami a try for a couple of months and it’s a pretty useful app to have if you want to stay posted and download (Only playable on Anghami though) the latest songs, specially the Arabic ones.