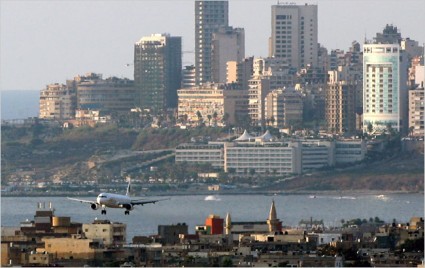 That was a fun read.

This is a public safety announcement: While traveling to Lebanon this year, you’ll likely experience rapid “re-Lebanization,” a troubling process of moral and social degeneration linked to “relapsing remitting Lebanese-ness” — a genetic disorder that has perplexed the public health community.

Researchers believe that the severity of symptoms depend on your proximity to Lebanon. To reduce your re-Lebanization risk, then, please consider vacationing in Siberia, Antarctica, or the Falklands. (Areas with significant Lebanese diaspora populations may trigger symptoms too. Avoid the Americas, Europe, West Africa, the Arab Gulf, and Lacoste stores around the world.)

Airports in Europe will test your ability to cope; apparently, the convergence of transatlantic travelers and their European diaspora counterparts increases contagion risks. A government official who isn’t important enough to name told NOW that “airport lounges are incubators for the disease… After prolonged exposure to damn Lebanese people in a confined area, even the most civil people succumb!”

As you approach the departure gate, the diverse human terrain of America and Europe will recede. Sepia tones — the olive, bronze, brown, and “comme le caramel” of Lebanese folk — will surface instead. With a knowing glance, a wink, and a smirk, you’ll quickly identify your compatriots. At your leisure, you may now deploy the slightly contrived, but always welcome, “Keef el shabeb?!?”

Boarding accelerates the emergence of symptoms. All of you will become less patient and courteous, inordinately sensitive to the transformation of others, and increasingly oblivious to your own behavior. [Full Article]