For all football enthusiasts, here’s your chance to join The Victorious show and be one of 20 participants to join the Football Academy in Dubai! The Third Season of The Victorious is on and the first stop will be in Beirut on the 20th of November at Camille Chamoun Sports City Stadium from 8:00 am to 5:00 pm. The show’s aim is to search for local football talents aged between 16 and 20 and Football stars Michel Salgado, ex-Arsenal player Jehad Muntasser, and Lebanese footballer Youssef Mohamad “Dodo” will be the selecting jury for Lebanon’s trials.

Any football fan who has a talent to showcase is welcome this Sunday, as long as he meets the age limit. Once the tryouts are done, The Victorious team will travel to other Arab countries to select up to 40 contestants in total, before coming back to Lebanon for a boot camp on 15, 16, and 17 January 2017. Lebanese Basketball player and Sports Presenter Nathalie Mamo is the show’s host.

For this year’s edition, The Victorious jury will be joined by mega football legends Ronaldinho, Carles Puyol, Roberto Carlos, Steven Gerrard, Paul Scholes, and Alessandro Del Piero. The finals will be in Dubai Sports City where the show will be shot over the months of February and March 2017.

The winner will take home a cash prize of $100,000 plus a tryout opportunity with an elite European Football club. The semi-finalists of the show will also be travelling to train with some of the clubs in Europe. Last year’s winner, Ayman El Ghobashy along with Lebanon’s Hussein El Dor, traveled and trained with S.L. Benfica where they showcased their skills for a chance to join the first team of the Portuguese giants.

For further info, check out The Victorious [FB Page] and [website]. 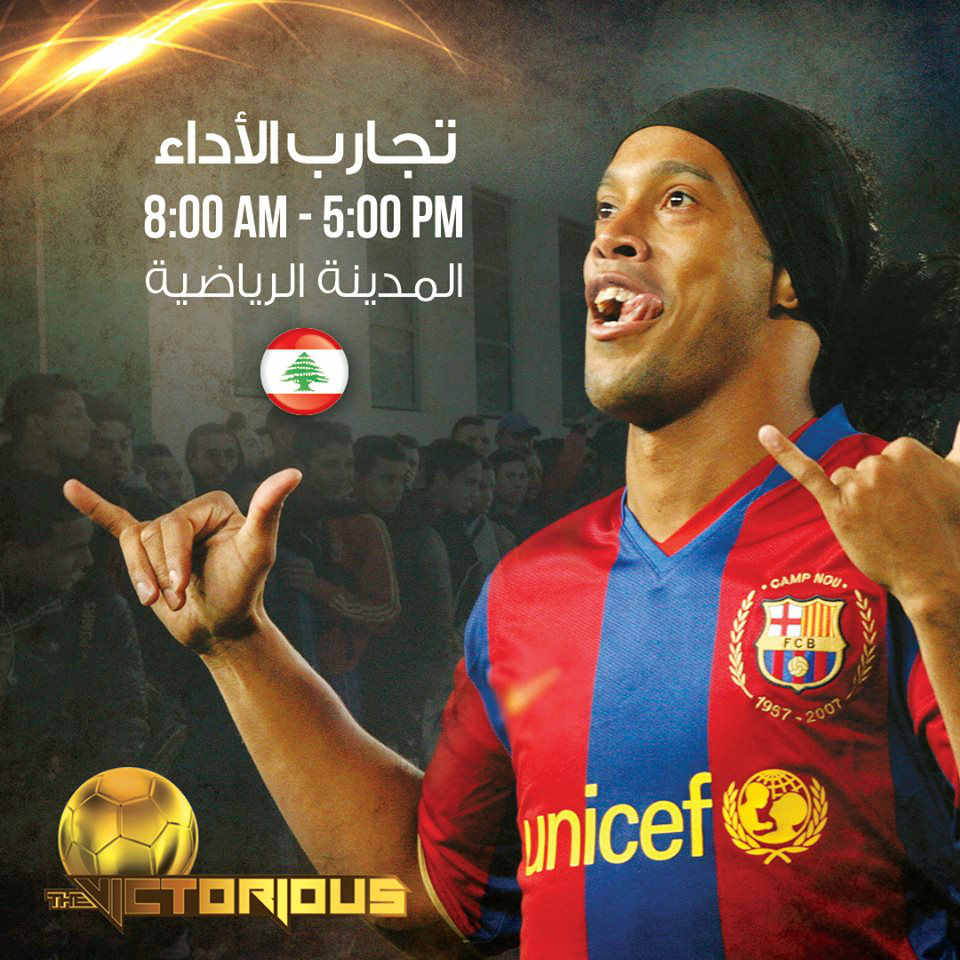