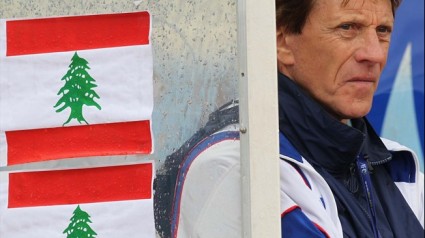 Theo Bucker has stepped down as Lebanon’s coach and signed a one-year deal with Saudi Football Club Al Ettifaq. Bucker is by far the best coach that we ever had and we owe him a lot. He took over a weak Lebanese team in 2011, and using great tactics, made us dream of qualifying to the World Cup a year ago before the match-fixing scandal broke out.

Bucker admits that his “success with the Lebanese national side is my most important achievement to date”, even though he worked in nine different countries.

I hope the Lebanese Federation or Players are preparing a decent farewell dinner or party or game for Bucker. It’s the least we can do to thank him.

You will be missed Theo!