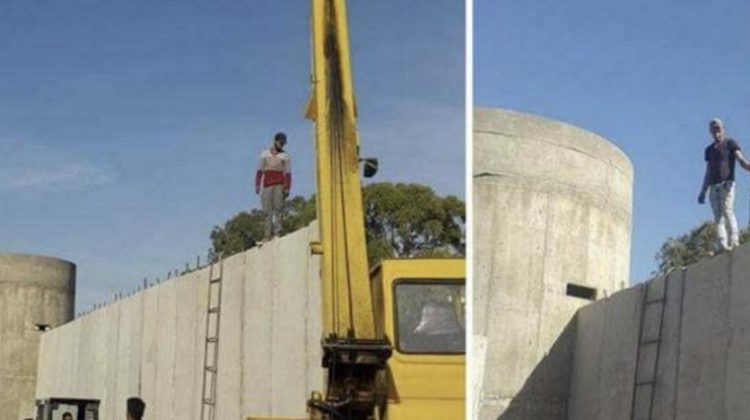 The “security” wall being erected around Ain el Helweh camp has been causing controversy in the past few days. Some are defending the wall while others are comparing it to Israel’s separation call and calling it “the wall of shame”. The wall will consist of four watch towers and should be completed within 15 months.

Who approved that wall?

Will the wall prevent terrorists from infiltrating the camp? Will it reduce the smuggling of weapons?

Probably not. The real problem has always been in politicians indirectly funding and arming terrorists and all factions inside the camp and it won’t be over anytime soon. Moreover, if this wall cuts off smuggling in Ain el Helweh, terrorists will go elsewhere.

Will it prevent attacks against the Lebanese Army?

Of course not. Even if we build walls around all camps and all across the borders, we will never be able to stop terrorists that way. If anything, we should force all factions to give up their arms and let the army control the region. I am not saying this will be easy to implement but building a wall will only make things harder on the long run.

Is it a racist wall?

I think comparing it to Israel’s Apartheid wall is over-exaggerated, especially when Palestinian factions agreed on it, but it’s still a bad idea and will send out a very wrong message to all the people that have nothing to do with terrorists or armed factions and are stuck inside that camp. It doesn’t make sense to build walls around hundreds of thousands of Palestinian refugees, who are already deprived from their most basic rights here, because some of them are terrorists. If anything, setting up a wall like that will only anger younger generations and make them more prone to become violent.

What can be done now?

I read the wall will be replacing a barbed wire fence that was already there. I think they should keep the watch towers and drop the walls.