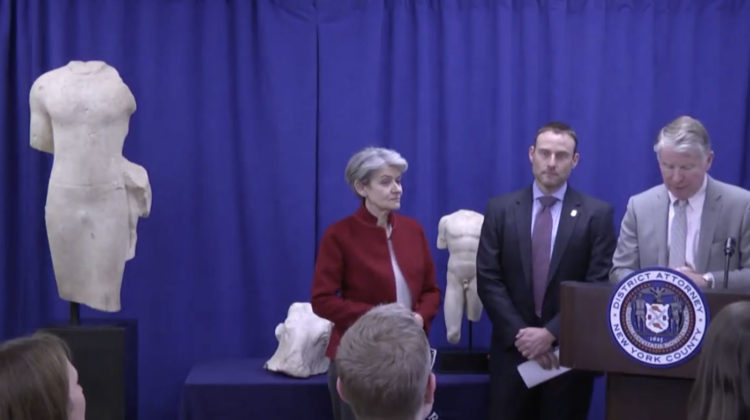 The Manhattan District Attorney Cyrus Vance Jr. announced during a press conference that three ancient sculptures that were stolen during the Lebanese Civil war from the Temple of Eshmoun, are being returned to their rightful owners in Lebanon.

This is great news and hopefully we will get back all stolen artifacts during the civil war.