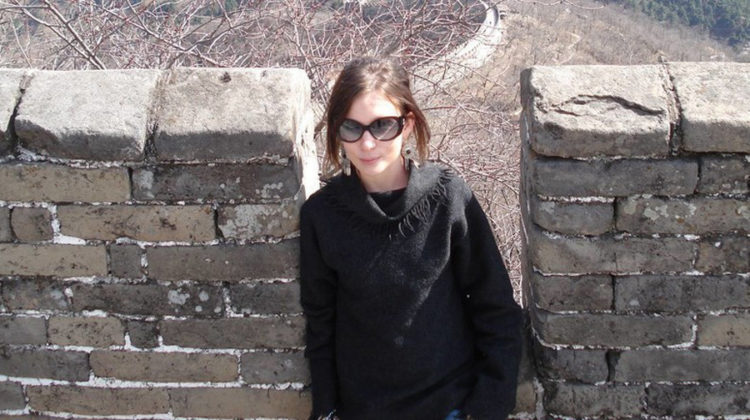 A Lebanese man & Uber driver named Tariq H was arrested following the murder of Rebecca Dykes, and he confessed few hours back to killing the British diplomat. The driver picked up the victim from Gemmayze but didn’t drop her at her destination in Achrafieh, instead he took her towards the Matn area where he tried to rape her and when she resisted he strangled her then threw her in a dumpster.

Needless to say, this is a horrendous crime and I can’t begin to imagine what her family and friends, who were expecting her for Christmas, are going through right now. However, I believe the real conversation that we need to be having right now is not whether Uber or Careem are safer, but about the casual culture of violence and sexual harassment against women in Lebanon, and about the lack of legislation to protect women in Lebanon from sexual assaults and domestic violence.

The Lebanese authorities have consistently failed in protecting women from violence and changing this culture, to an extent where impunity has become the rule not the rule of law. Even when women head to police stations to try to report violence, they are not often taken seriously or faced with further harassment.

This is the first time I hear about such an incident in Lebanon in a long while, but it’s still a horrific crime that could have been prevented possibly if proper backgrounds checks were performed before 1) giving this man a license and 2) allowing him to use Uber or any other online service.

Unfortunately, most taxis in this country don’t even abide by the minimal safety measures or perform their routine car inspections and the majority drives recklessly and enforcing laws is not really a thing in this country, so don’t get your hopes high in the authorities or any syndicate doing things properly.

The question should be: Are there unlicensed non-Lebanese taxi & bus drivers in Lebanon? And the question is obviously yes and once again don’t count on the authorities to take action.

So what can one do to stay safe?

My recommendation is to follow simple safety tips, especially if you’re leaving home from a party:

– Don’t walk alone at night. Walk in groups or with a couple of friends and stay alert till you reach your car or home.
– When you’re driving, make sure to park in a properly lit area and preferably secure one.
– If you’re taking a cab home after a party or a night out, arrange to do so with friends.
– Keep your phone charged and have a trusted friend on your speed dial.
– If you’re driving back home or taking a cab, keep a friend informed of your whereabouts. Sharing your live location on Whatsapp could prove extremely useful in such cases.
– Don’t drink too much. Cut back on your alcohol intake.
– Keep a self-defense weapons in your purse.
– Avoid taking insecure roads: I know this is easier said than done but the Matn el Saree3 road where Rebecca was found is one of the most insecure roads in Lebanon, with no lights, no signs and several hidden spots.

All in all, this is terrible news and our thoughts and prayers go to Rebecca’s family at this time. Moreover, we must respect the family’s privacy and refrain from posting any photos of the crime scene or the victim. Let’s hope we won’t be hearing anymore about such heinous crimes.