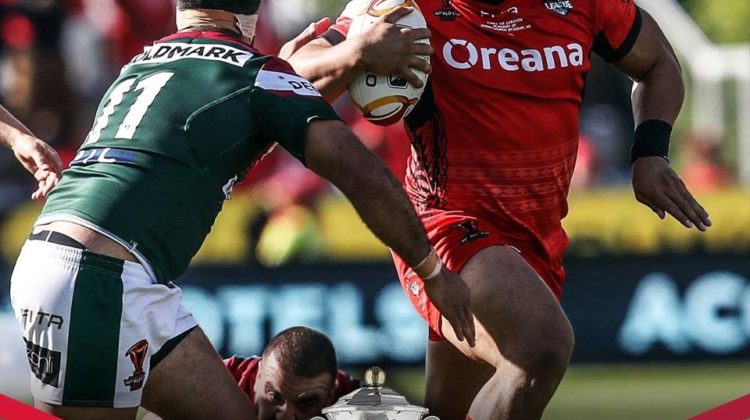 Lebanon may have lost their quarter final game against Tonga but they’ve produced one of the best performances of any team in the competition so far and some are even saying they were robbed of victory after a controversial decision by Video referee Thaler to over-turn a try decision given to Lebanon’s Adam Doueihi by another referee.

No one expected the lowest ranked team in the World Cup to give the Tongans a run for their money; Unfortunately, it wasn’t even for the Cedars team to advance to the semis.

Nevertheless, this is an awesome result and we are super proud of our team!