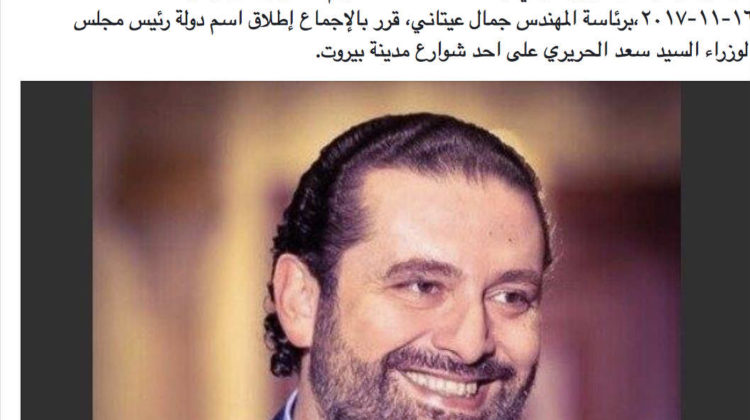 Beirut Municipality issued a statement yesterday where they agreed unanimously to name one of Beirut’s streets after PM Saad Hariri. Streets are usually named after martyrs, historic and famous people but it’s also common to name streets after popular politicians as a sign of support.

As far as Hariri is concerned, he left Saudi Arabia for Paris and landed earlier this morning. He is expected to return to Beirut soon but we still don’t know whether he will confirm his resignation and leave Beirut or head a new government.