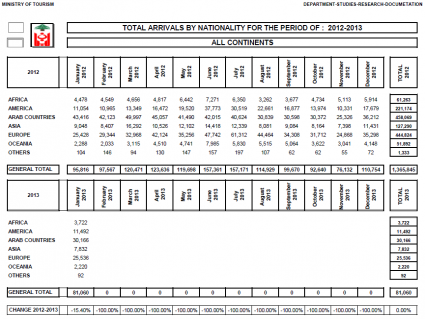 I don’t want to sound pessimistic but at the rate we are going, we should count ourselves very lucky if we reach 1 million visitors by the end of 2013.