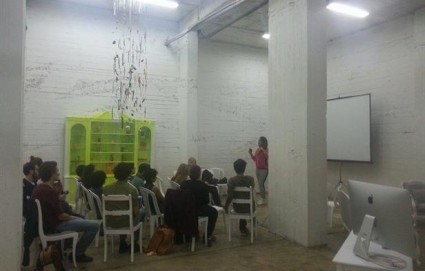 According to the Lebanese Law now, you are either male or female.

TransFocus is the first festival in Lebanon that explores the sub-culture, the challenges, and the hopes of the transgender community of the country. Yesterday at Minus 1, a new art space perched right in the middle of Ashrafieh, two movies – TransAmerica and Tomboy – were screened and a series of heated debates and workshops were organized with AUB’s Faysal al-Kak. What came out of an otherwise rich and successful afternoon was a portrait of a difficult situation for a minority too often abused and pushed to the margins of society.

The topic is complex, so before divulging more details, a few clarifications on terminology are needed. Bekhsoos, a “feminist and queer Arab magazine,” offers a useful dictionary:

Sex: Assigned at birth, either male or female (“the binary system”), based on bodily characteristics like chromosomes, hormones, and internal and external reproductive organs.

Gender (gender identity): The sex that one identifies with internally. Transgender individuals usually are of a different bodily sex.

Sexual orientation: An individual’s attraction (physical, emotional, romantic, spiritual) to another. Gender identity and sexual orientation are separate; a male-to-female or female-to-male person could be gay, lesbian, or bisexual.

Transgender: Umbrella term for individuals whose gender identity differs from that assigned to them at birth. It spans from transsexuals to cross-dressers, bi-genders, and other gender-variant people. Transgender individuals may or may not choose to surgically and/or hormonally alter their bodies.

Transsexual: This is not an umbrella term, and usually refers to individuals who plan to transition, or are in the process of transitioning, through surgery or hormone therapy. [NowLebanon]

See Also:Mother's Day: A Painful Day For Mothers of the Disappeared
Posted By Najib
Categories INFORMATION,LEBANON,SEX