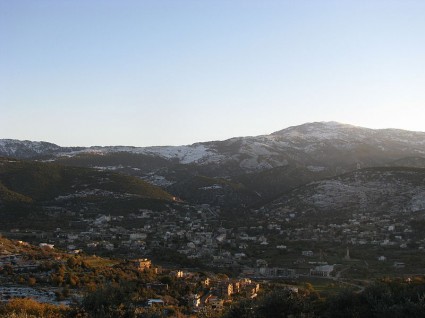 As I’ve posted two weeks ago [Link], I headed during Easter to Kobayat, one of the biggest villages in Akkar District North of Lebanon. The village has over 15,000 inhabitants, most of them being Christian Maronites.

I was told that the road to Kobayat is long, tricky and dangerous but the reality is the road from Tripoli to Halba is the only one worthy worrying about. The road is awful at night, there’s no lighting and apparently a lot of thefts and crimes occur over there. Also, that’s basically where the Lebanese army clashed with the Islamists of Fath el Islam few years back. Nevertheless, you just need to go there during day light and all will be fine. Moreover, once you reach Halba, the road from there is in great shape and well lit. 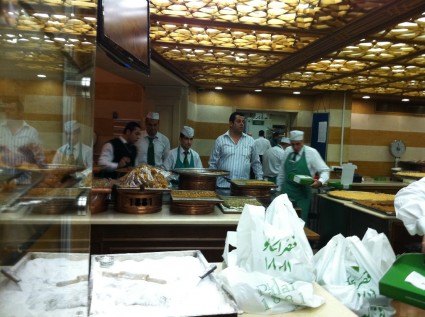 The only stop we made was at Kasr el Helo [Hallab] in Tripoli where we had the famous Sfee7a Baalbakiyye and Halawit el Jeben. It’s pretty amazing how every time I’ve been to
Al Hallab, the place despite being huge is crowded.

Once we’ve reached Kobayat around 8:30 pm, we headed to the chalets we had rented, rested for a bit and headed to a restaurant at the extremities of the town. On our way there, I thought I was passing by Gemmayze street on a Saturday night. Pubs, restaurants and cafes were full and there was traffic everywhere. The only difference was that not only young people were filling the places, but also grown men and old people sitting outside, drinking Arak or beer and playing backgammon or cards. 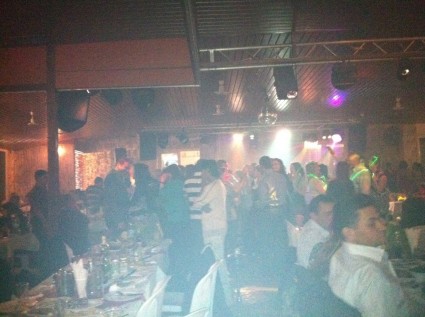 The restaurant we were going to was practically in the middle of nowhere, yet was crowded and fully booked. Added to that, the food (Arabic food) was surprisingly great, the atmosphere was fun, and people kept dancing until 3 am. Don’t ask me how to get to that restaurant because I have no clue how we got there. All I know its name was Tilal el Sahar or something like that. On our way back, people were still partying and having fun and there was an ongoing party in the resort we were staying in.

I am not sure if it was because everyone was on vacation, but Kobayat was alive and kicking just like Beirut on a Saturday night. That pretty much covers Day1 of my trip to Kobayat.

For those wishing to learn more about Kobayat, their website, despite its lousy design, has tons of information about the town. They even have pictures of every house in the town with the name of its owner [Houses from Kobayat], with the most impressive one being Dr.Ernest el Haj’s house. [Picture]