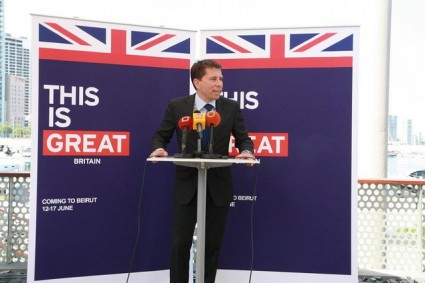 One of the points raised by Fletcher is very similar to what I posted yesterday, in that we need to write down a history book that goes beyond 1943, get past the past and stop putting the blame for all our problems on the Canaanites or Mamluks, Crusaders or Israelites, Ottomans, Colonialists, Persians or others.

Check out the rest of his insightful post [Here].

All this history matters hugely. Freedom is a common theme. Yet some interlocutors (see lively exchanges on previous blogposts ) can’t see past the past when it comes to the Brits. So for all that we talk of the Britain of Beckham, Prince William and London 2012, they see the ghosts of Balfour, Prince Bertie and London 1192.

One of the most important projects in contemporary Lebanon is the effort to write a shared version of the events that shaped the nation. We have to be as honest as possible about our role in that history, but not be trapped by it; conscious of it but not constrained by it. We should not give lectures, but neither should we take them from countries that still manipulate Lebanon for their own interests, or from those who want to use us as the excuse. After all, if we were as good at conspiracy as some claim, we would still have an Empire.

The key to Lebanon’s future lies not in arguing over whether it is all the fault of the Canaanites or Mamluks, Crusaders or Israelites, Ottomans, colonialists, Persians or others, fascinating as that debate can be. The key lies in shaping the conditions for the 70th anniversary of Lebanese independence to be the first year of meaningful Lebanese freedom. A year when already, perhaps for the first time in a generation, we have a PM selected without reference to Damascus. Our external interference should continue to be to give Lady T’s ‘ironclad support to Lebanon’s sovereignty’. I read recently that there is an international conspiracy to keep Lebanon stable – count me in for that one.

It is not just about the last Sykes and Picot, but the next ones. And they should have Arabic names.

See Also:On April 13: The Lebanese Civil War Mentality We Need To Get Rid Of
Posted By Najib
Categories INFORMATION,LEBANON