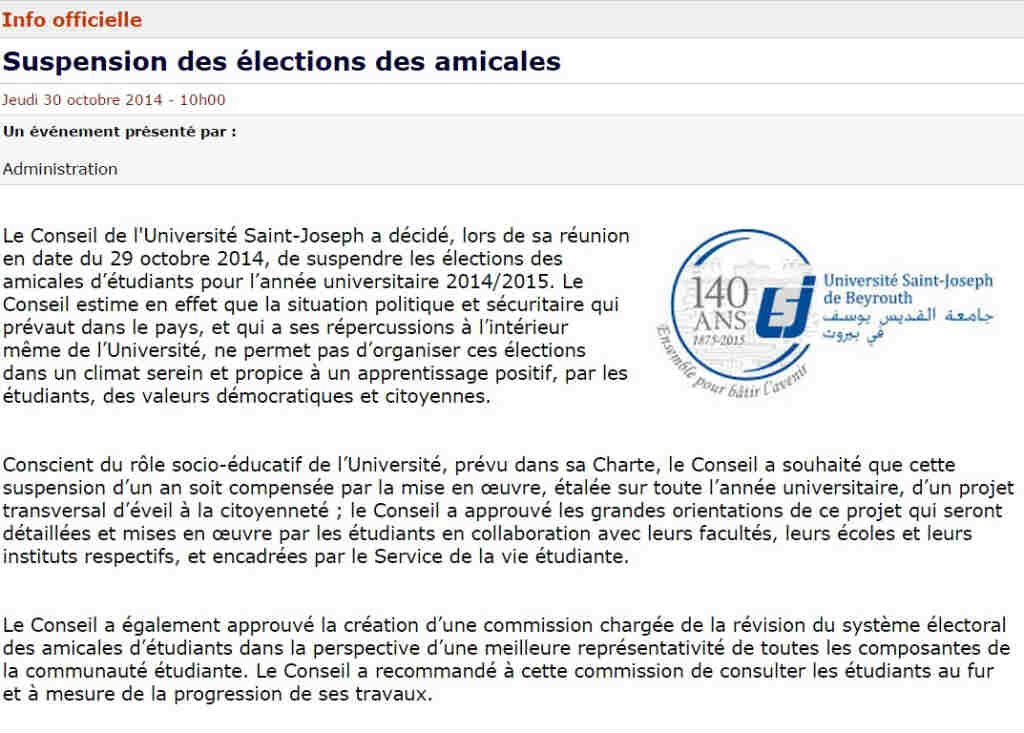 Saint Joseph University issued a statement earlier today and stated student elections will be suspended for the current academic year. The decision came after NDU suspended its elections following the quarrel that took place between Lebanese Forces and Free Patriotic Movement students on Wednesday.

I think all universities should do the same and take some time to re-asses the whole election process and reformulate it in a way that keeps politics away and doesn’t allow politically affiliated candidates from running as independents and deceiving students. Student elections should be 100% academic. Until they figure out a way to do so, elections shouldn’t take place.