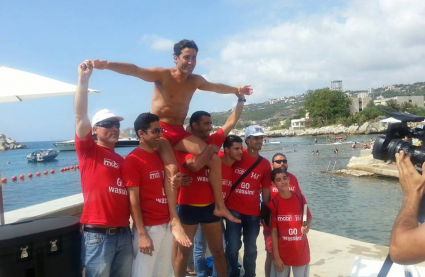 Someone was telling me yesterday that a guy swam all the day from Beirut to Amchit and broke the national record of the longest swim of 42km set in the 1960s by Abdel-Latif Abu al-Hauf. I thought of Wassim Nasser first because I remember he attempted to break the record last year but failed as the weather was bad and he was swimming against the wind, and it turned out to be him indeed.