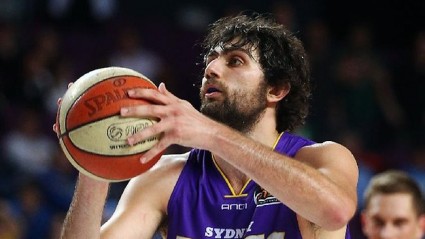 In the past few weeks, I lost track of what’s happening in the Lebanese Basketball League but from what I understood, there were some legal issues regarding a controversial game that came in Amchit’s favor and as a result halted the season. There were also internal problems with Sagesse team after Mechantaf’s resignation which I don’t know if they were resolved or not.

Added to that, the National Team is getting ready for the Asian Cup and the Federation is keen to redo the same mistakes it always does by naturalizing one or two players (Riyadi player Loren Woods in that case) and paying them extravagant amounts of money (1000$ per day) while Lebanese players get nothing and are forced to join the team or get banned for 3 years.

To make things even worse, there are apparently some technicalities that need to be sorted out in order to allow Lebanese-Australian Basketball player Julian Khazzouh to join the national team, and there might not be enough time for that, but the federation and according to Malaaeb, wants to direct the blame on Khazzouh and is considering banning him for 3 years.

To be honest, I will never understand this twisted logic. Why should a player be forced to join his national team? It’s not like joining the army to defend your country from aggressors. A person should be proud and honored to join his team and not forced and threatened to do so. If he has reasons not to join the team, then it’s his loss. Few years back, I learned that one of the key players in the national team almost got banned because he had to undergo a surgery and rest for the summer but they wouldn’t let him. This is beyond ridiculous.

The funny part is that Khazzouh, for those of you who don’t know, is not just any player but a very talented one who has good chances of joining an NBA team one day. Having said that, the federation should be supporting him in his efforts to join an NBA team, not force him to join the national team or else punish him.

On a last note, I am surprised Ghassan Sarkis didn’t include his son Karl in the final selection of the team. It won’t be the same without him.