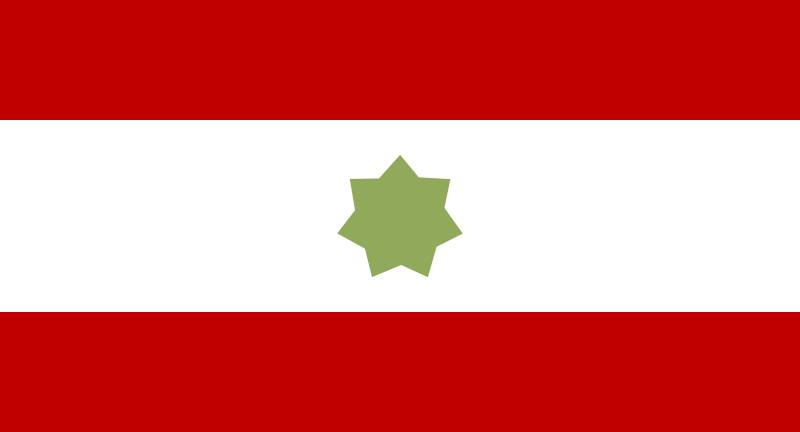 This is the flag of the Trucial States, which were a group of sheikhdoms in the south eastern Persian Gulf and signatories to treaties with the British government and later on became the United Arab Emirates in 1971. As you can see, the flag is pretty much the Lebanese flag without the Cedar tree. 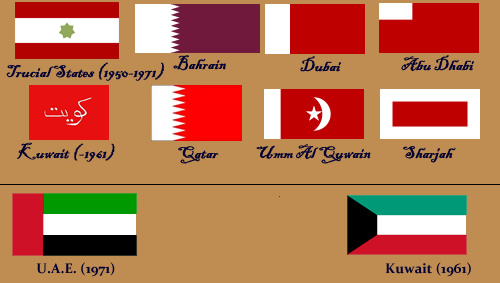 I looked up the meaning of the flag, and while the red was a traditional color, the white was imposed by the British in order to distinguish friends from pirates in the sea and the seven-pointed star referred to the 7 sheikhdoms. I can’t really confirm if the flag was inspired from the Lebanese one but the star was added in the 1960s, which is around 20 years after the Lebanese flag was declared. 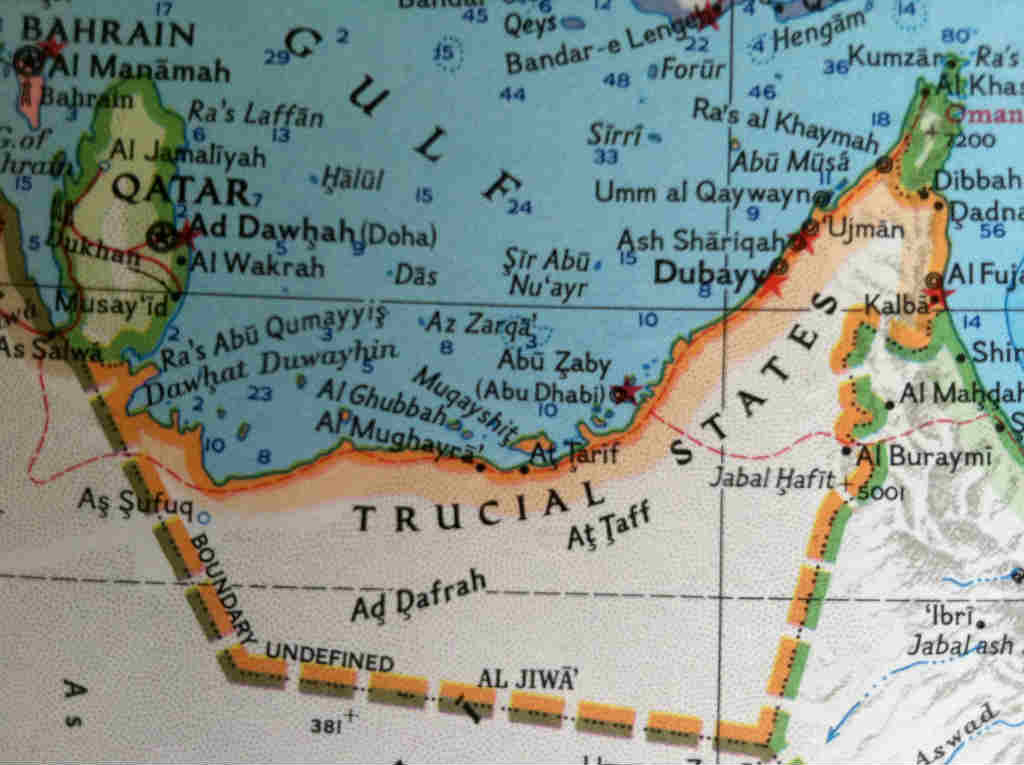