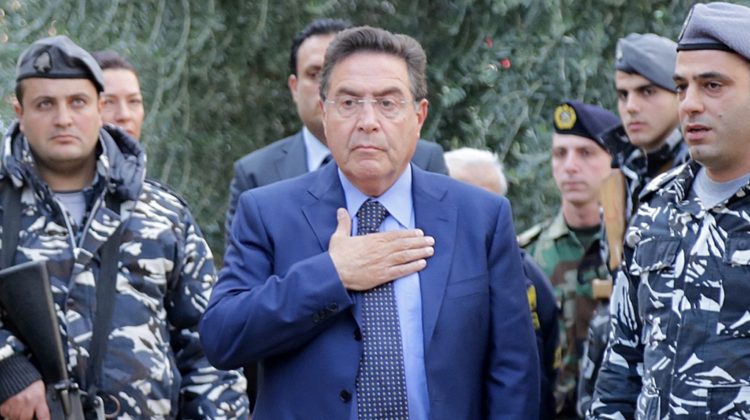 In a recent interview back in October, the Minister of State for Combating corruption said he had done everything he could to fight corruption with the meager resources he has. He claims that he has no money, except his salary, that the ministry has no employees and wonders why an office tasked with fighting corruption given no resources?

One of the easiest corruption cases to look at are bribes in the public sector, yet few months ago he hit out at a Lebanese judge who claimed “half of the public sector employees should be sacked”. Tueni stated that “no one would be fired “unless it is proven that he is guilty”, which is fine and that he needs proof to fire people, which is also fine.

Fast forward to 2019, the man tasked with fighting corruption hasn’t found a single case of bribes in the public sector! Amazing isn’t it? Yet somehow he found time to investigate the Middle East for a purchase made back in 2016, which backfired at him, then went after Ogero head, one of the few hard working people in this country, and is going after the Health Minister now based on speculation and rumors. Speaking of corruption cases, everyone’s talking about some notaries’ official results and how three brothers from the same family won, out of which two are under the legal age. Why doesn’t he look into it? or simply tweet about it?

Tueni claims he wants to pass an anti-corruption legislation, set up a hotline to report corruption, which was already done by several NGOs, and intervene to create more competition in tenders but we haven’t see any of these materialize into actions. Why didn’t he team up with local NGOs fighting corruption? Why didn’t he seek funds for his projects? What happened to his cooperation with the EU? What happened to the case he opened against Eden Bay?

If the minister is unable to do anything as he claims because the ministry has no money, why is there a lawsuit against him and the ministry for misuse of public funds? In other words, someone’s accusing the The Ministry of State for Combating Corruption of being corrupt LOL!

I don’t know anything about the minister in question, but if he’s really honest about what he’s doing, there’s plenty that can be done especially that he claims to have the President’s support. He could set up a website for his ministry, documenting the corruption cases, asking people to submit theirs, refer to the Justice Ministry some cases, be consistent in his approach and all this wouldn’t cost him much. He basically needs an assistant and I’m pretty sure a lot of companies will volunteer to create a platform or website to help out. Moreover, being with the President he could distance himself from all parties.

Otherwise, if he’s feeling that helpless, he should resign and call out the government for eliminating this ministry until it has a proper structure and a decent funding. That would be the best thing HE can do to fight corruption under such circumstances.