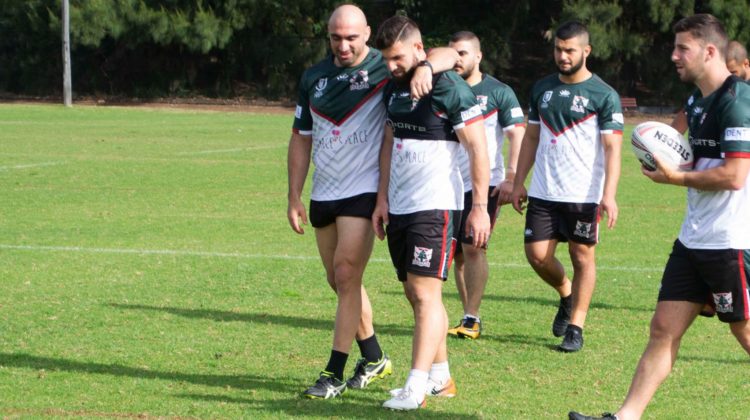 As I’m writing this post, I am reading an update that the crisis between the Lebanese Rugby League Federation and the players has been averted, but there are still unresolved issues that need tackling. It all started when the players started protesting “the governing body’s administration of the country’s domestic competition, which has been halted for at least a year now”, and which could cost Lebanon his place in the 2021 World Cup, as we cannot compete if the domestic competition does not resume.

As a sign of protest, the players were planning to cover up the governing body’s logo in their upcoming game, to which the LRLF responded by threatening Cedars players with jail, fines and suspension.

This is the statement issued by the LRLF:

“Consequently, on Tuesday, 18 June, the board decided upon the following resolutions:

1-Any player who conceals the CEDARS badge – which is the emblem the federation selected to be worn by the representative of al watan, the nation – will face misconduct charges.
2-Any player who conceals the CEDARS badge will be suspended with immediate effect pending the outcomes of any misconduct hearing.
3-The LRLF will seek significant monetary fines on any person found guilty of misconduct related to this incident.
4-The Lebanese public prosecutor’s office has been made aware of the incident and will launch an investigation in coordination with the LRLF. It is a criminal offence to denigrate the national emblem of the Republic of Lebanon.”

I’m glad the players decided not to escalate or boycott, but this is a shameful attitude from the LRLF. When your players are achieving results we wouldn’t have dreamt of in decades, you show support and you listen to them when they have demands. You don’t threaten them with jail time!

No matter who’s at fault here, this is not the way to solve things, and even if the crisis was averted now, the problems weren’t addressed correctly and this will definitely affect the players and the team in future games. Let’s hope they will all sit together and solve this once and for all. It would be shameful to waste all the efforts put into making this team compete at the highest level in this sport.