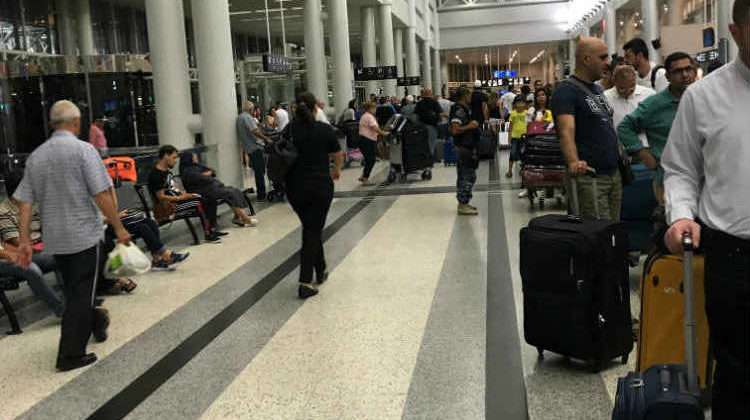 A decree was issued by the General Security recently cancelling the process of filling pink/white cards for foreign passengers at Beirut Rafic Hariri’s airport. Passengers had to fill out by hand on a tiny paper details related to their trip including their passport number, place of stay of Lebanon causing congestion amid a last-minute scramble for pens and figuring out what to fill exactly.

Several reforms are expected to be implemented to accelerate security procedures at the airport, especially after what happened last summer when passengers got stuck for several hours between passenger control counters. Speaking of which, the number of counters will be increased as well in the near future.

This is a great step forward, but there’s still a lot of to do at the airport starting with the parking lots, the disgusting toilets, the lack of trolleys, the chaotic taxi situation to name few.