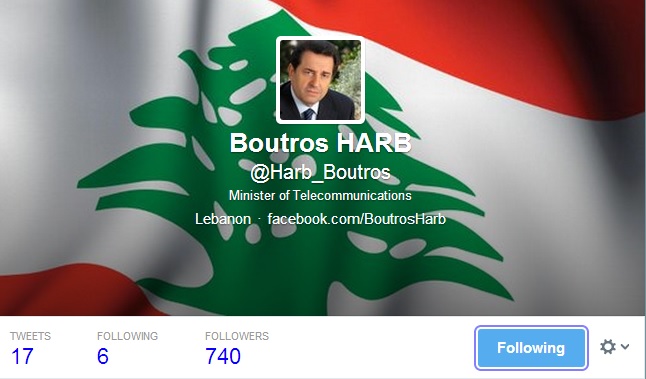 After the two weird tweets that showed up on his TL one day before he was appointed as Telecom Minister, Boutros Harb apparently has decided to delete his old Twitter account and come up with a new one (@Harb_Boutros). I am not sure why he would do that specially that he had over 11k followers and now has to start from scratch. Harb announced his official handle on his FB Page but still the National News Agency got it wrong and mentioned the old handle.

Eitherway, Hagop investigated the whole thing after noticing that Harb’s old account suddenly changed into LebInvestigate and is now blocked.

On another note, Harb asked to enhance the ministry’s website and I agree that it needs a major revamp.